Security forces arrived in the KCR for the Arashukov’s accomplices

Zurab Afaunov, an employee of the republic’s prosecutor’s office, was hit by investigators and... 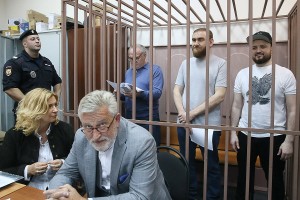 A group of officers of the TFR and the FSB of the Russian Federation arrived in Karachay-Cherkessia. They intend to conduct a series of operational investigative actions in the framework of the criminal case against the father and son of Raul and Rauf Arashukovs. First of all, federal law enforcement officers are interested in local law enforcement officers who are suspected of collaborating with a criminal clan. As it turned out, the Arashukovs developed a system by which they promoted certain individuals through the ranks of the prosecutor's office, the Ministry of Internal Affairs, or the Investigative Committee. And in exchange for the protégé, they had to organize “raids” on the businessmen specified by Raul and Rauf Arashukovs, and to receive tribute from them. It was established that one of the participants in this scheme was the current head of the department of the prosecutor's office of the KCR, Zurab Afaunov. His wealth has already attracted the attention of the federal media.

According to sources, employees of the Investigative Committee and the Federal Security Service of the Russian Federation are still conducting inconspicuous work in the republic - seizing documents, interrogating witnesses and victims from the Arashukovs and their accomplices. However, they are not going to fly empty-handed. According to the results of the work, several people may be detained, including employees of the SU CCR of the KCR and the republican prosecutor's office. “The evidence base necessary for detention has already been collected for individuals,” our source said. “For others, materials have only been replenished. But, believe me, all accomplices of the Arashukovs will answer before the law, primarily from the law enforcement bloc. ”

During the investigation, it turned out that the father and son took “an oath of allegiance” from novice law enforcement officers at their Adiyuh Palace residence and concluded a kind of agreement with them. According to him, the Arashukovs, thanks to their connections and influence, provided law enforcement officers with a career advancement. In exchange, they were supposed to cover up the Arashukovs, including from charges of the murders they committed, the billionth theft, etc. Also, law enforcement officers had to fulfill the instructions of Raul and Rauf, allowing them to fill their pockets. Some of them, for example, Kazbek Bulatov, ex-deputy head of the Directorate of the Investigative Committee for Karachay-Cherkessia and Timur Betuganov, former head of the center for countering extremism of the Ministry of Internal Affairs in Karachay-Cherkessia, are already in custody. Regarding others, such as Ruslan Kochkarov, Deputy Head of the Department of Internal Affairs of the SU of the IC of Russia for KCR, and Zurab Afaunov, Head of the Department of the Prosecutor's Office of the KCR, work is still ongoing. Both at one time swore allegiance to Arashukov at Adiyuh Palace, both were regular participants in events hosted by father and son in this residence. 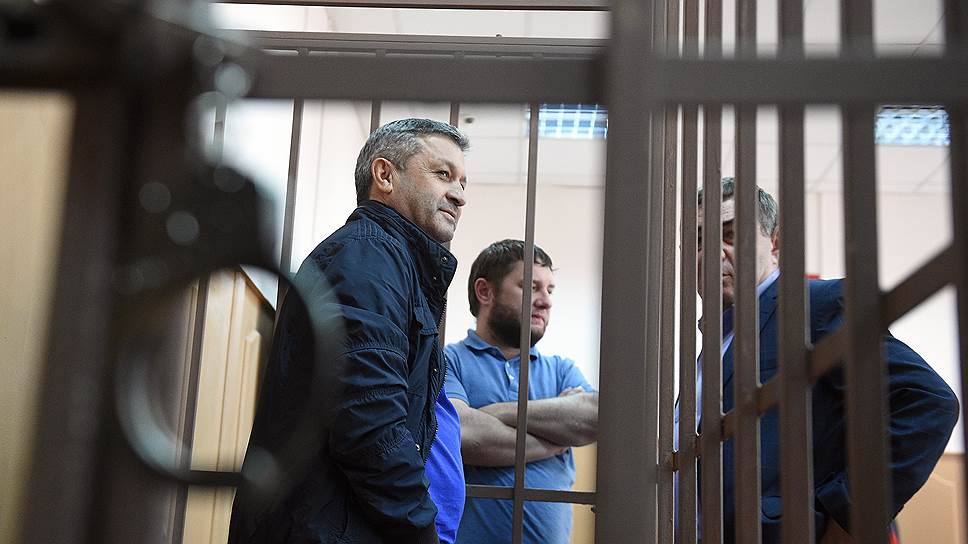 After the oath of allegiance to Raul and Rauf, Zurab Afaunov’s career sharply went “uphill”. Soon he became acting prosecutor of Cherkessk. And at this post it was time to fulfill the "oath of allegiance."

The Arashukovs positioned themselves in the republic as a kind of “mega-roof”. If businessmen and officials are under their cover, they pay a “rent”, then everything is fine with them. But if entrepreneurs and civil servants decided to do without the cover of the Arashukovs, then they immediately had problems. These problems were provided to them, among others, by Zurab Afaunov. So, the director of the FSBI "Operation Management of the Big Stavropol Canal" Muhammad-amin Salpagarov at one time refused to become a ward of the Arashukov clan. And almost instantly Afaunov, the prosecutor of Cherkessk, began to “torment” the FSBI with threatening requests on behalf of the supervisory authority. At the same time, it was explained to Salpagarov that checks would follow after the requests, etc. In general, the FSBI will not work normally. Unless, of course, Muhammad-amin begins to cooperate with Rauf Arashukov. The cooperation involved paying the senator 10 million rubles in cash. According to the source, “rules of the game” were personally explained by Zurab Afaunov, he also received the indicated amount from Murat Salpagarov - the son of the head of the FSUE. 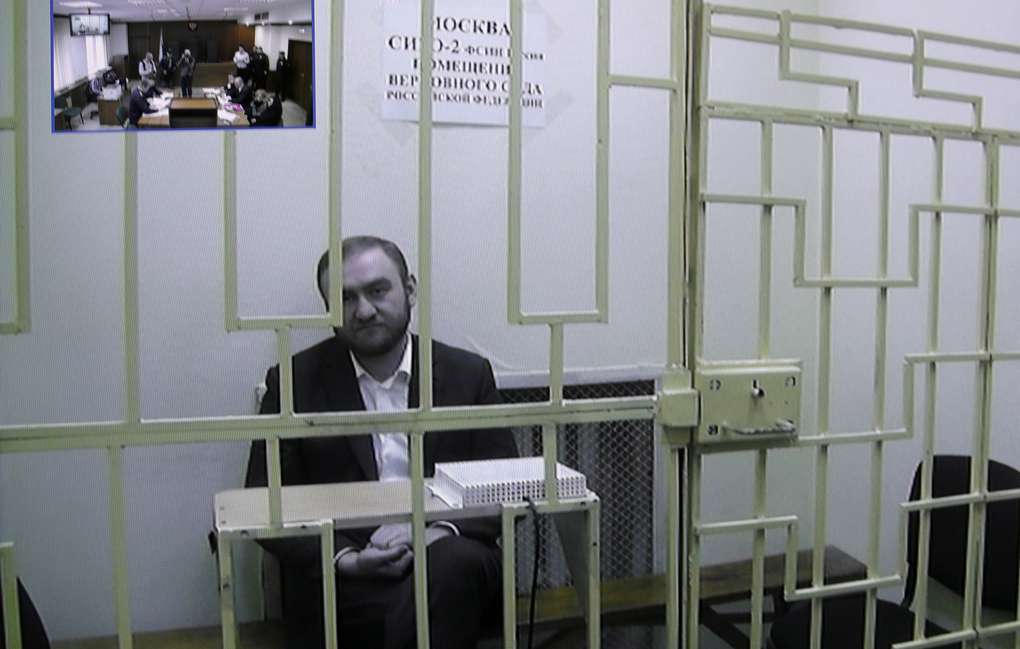 Another time, Arashukov Jr. “laid his eyes” on a plot of land in the area of ​​the motodrome, which belonged to the structures of businessman Arasul Bogatyrev. On the go-ahead of Rauf, Afaunov organized inspections at two Bogatyrev construction sites on Panfilov and Frunze streets. Work there was suspended. As a result, after long negotiations, Bogatyrev managed to solve the problem not with land, but with a large sum of money.

Zurab Afaunov “wrapped up” the complaints of relatives of public figures Aslan Zhukov and Fral Shebzukhov (killed by the senator’s signal) that the investigators did not study the evidence indicating that the “customer” was Rauf Arashukov. The case of Zhukov’s murder, incidentally, was led by Afaunov’s close friend, investigator Kucherov. And the list of such “services” of the prosecutor’s employee to the Arashukovs clan can be continued for a very long time.

Afaunov's ebullient activity for the benefit of the Arashukov clan brought very good incomes. Afaunov owns 25% of the shopping center "Orange" (Cherkessk, Kavkazskaya St., 30), and a number of gas stations. Zurab is also currently building a luxury mansion in the center of Cherkessk (13 Tupikovy Lane), the cost of which together with the land exceeds 30 million rubles. The land and the unfinished building were recorded on the mother of the prosecutor. 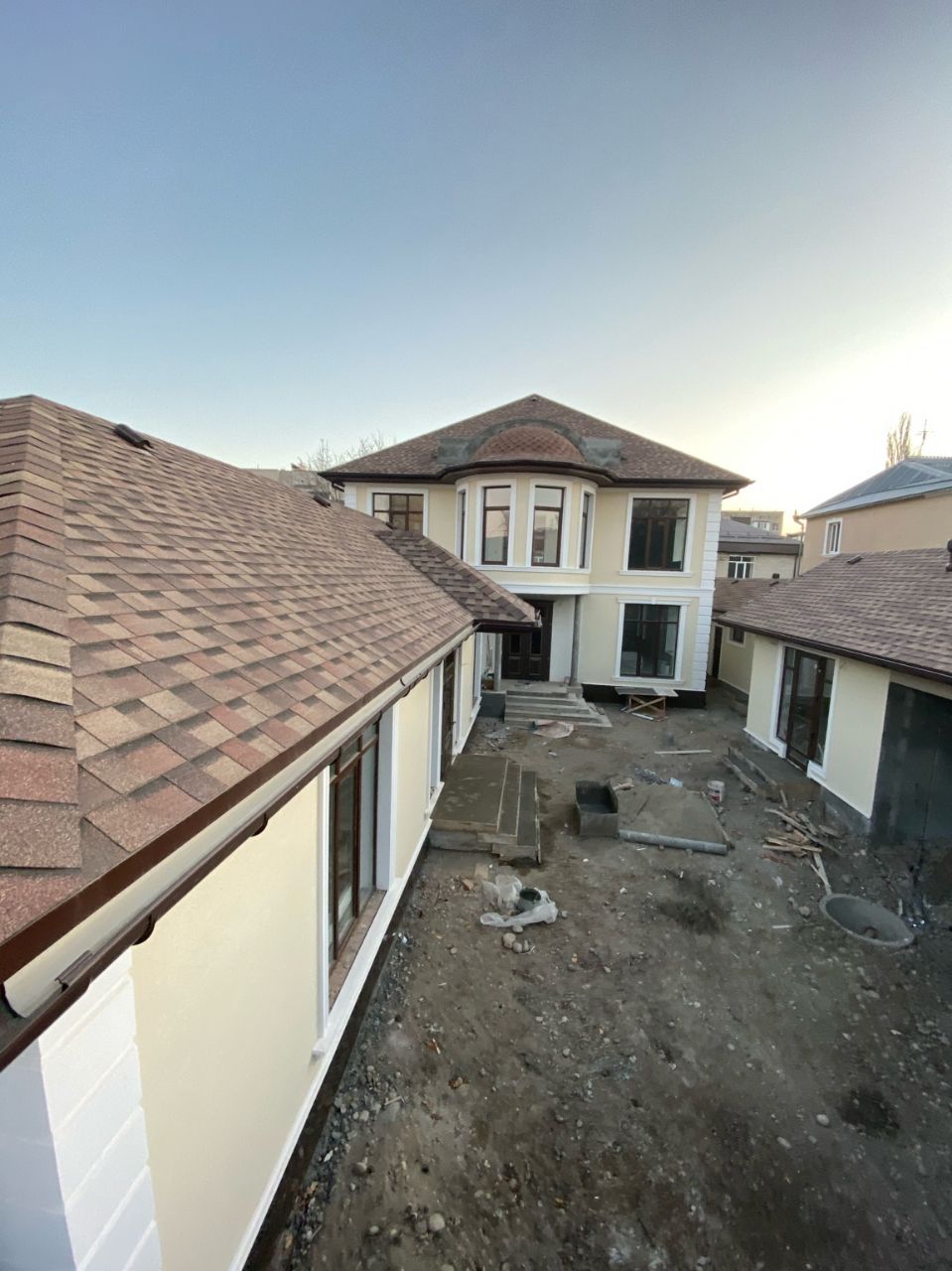 According to our data, one of the federal television channels, which is preparing a large story on this issue, is now investigating the activities of Afaunov. A corresponding request has already been sent to the KCR prosecutor's office.