“Nazarov Andrei Gennadievich beat and took me to the basement” 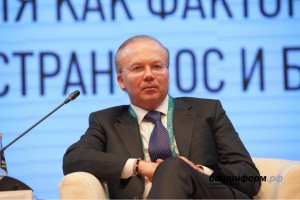 Имя : Andrey
Фамилия : Nazarov
Отчество : Gennadievich
Должность : Chairman of the Board of Directors of the Group of Companies "Granel"

Speaking at the plenary meeting of the business forum of the SCO and BRICS countries, acting Deputy Prime Minister of the Government of Bashkortostan and owner of the Granel construction company Andrei Nazarov (who is also the main contender for the prime minister's place) said that the republic will take first place in Russia in doing business.

“A standard for doing business is being introduced in Bashkortostan, this will be done in all areas and cities. And I am sure that Bashkortostan will come out on top in terms of comfort and safety of doing business. I promise you, ”Nazarov said to the applause of the audience. This is an excerpt from another PR material, which recently recently daily in large quantities stamped subordinates Nazarov. Before the alleged appointment of the owner of the Granel construction company, they need to be as positive as possible about Nazarov and the streams of truth about this scary person will dry up. What kind of security can a businessman in Bashkiria promise a man who was tried for having beaten, dragged to the basement and raped a minor? What blow to the prestige of the Russian authorities, the president of the country will be dealt after the appointment of a rapist to a high post?

Nazarov presses that when punching him in various online information databases of the Ministry of Internal Affairs of the Russian Federation, this criminal record does not appear. Everything is very simple. At one time, information about Nazarov’s canceled conviction was transferred to the archives, and in the online databases all traces of the card were cleared. With the tremendous wealth of Nazarov, it was quite possible to do this in the dashing 90s. Rucriminal.info was not too lazy and stingy and agreed that they would look at Nazarov in the archival databases of the Ministry of Internal Affairs of the Russian Federation and a number of other departments. And, lo and behold, absolutely all of these bases issued two cards to Nazarov. The first is a criminal record for rape and hooliganism. The second one is about Nazarov’s verification for forging documents, which resulted in the refusal to initiate proceedings. What prevents the security forces from also looking into the archives and, while it’s too late, to prevent this person in power and not to substitute the head of state?

We have published copies of Nazarov’s sentence more than once. In particular, we cited testimonies at the victim’s trial.

Rucriminal.info also found another archive that contains rape information. This is the archive of the “Moment of Truth” program. During the transfer, 30 years after the rape, the victim Gaysina talks about the experience. Here is her monologue: “In 1986, Andrei Nazarov and his friends met me on the street, beat me, took me to the basement. In the basement, they scoffed at me. There were three of them. The terms were received by Nazarov and Kaplin. Nazarov was given three years, but conditionally done. But Pauline received nothing. Such a sentence did not suit me. I wrote, complained, but there were no results. And in the Soviet Union it was possible to bribe. I know for sure that a number of people were bribed, including judges. Therefore, the two were given such terms, and the third was completely released. After the trial, Nazarov met me on the street and laughed in my face. Said, "Well, what have you achieved?" At first, when the trial was there, they threatened me. I wrote a statement immediately after the rape. I went to school, told the nurse, and I wrote a statement with her. ”

Gaysina gives one interesting information. An article was published in one of the Bashkir’s, an interview with Nazarov’s mother, where she admits that he was tried, but says that he’s only for a fight. But he was tried both for a fight and for rape.

Nazarov himself now completely denies any criminal record. In the near future, Rucriminal.info will provide documentary evidence on which Nazarov and his family members acknowledge his criminal record. 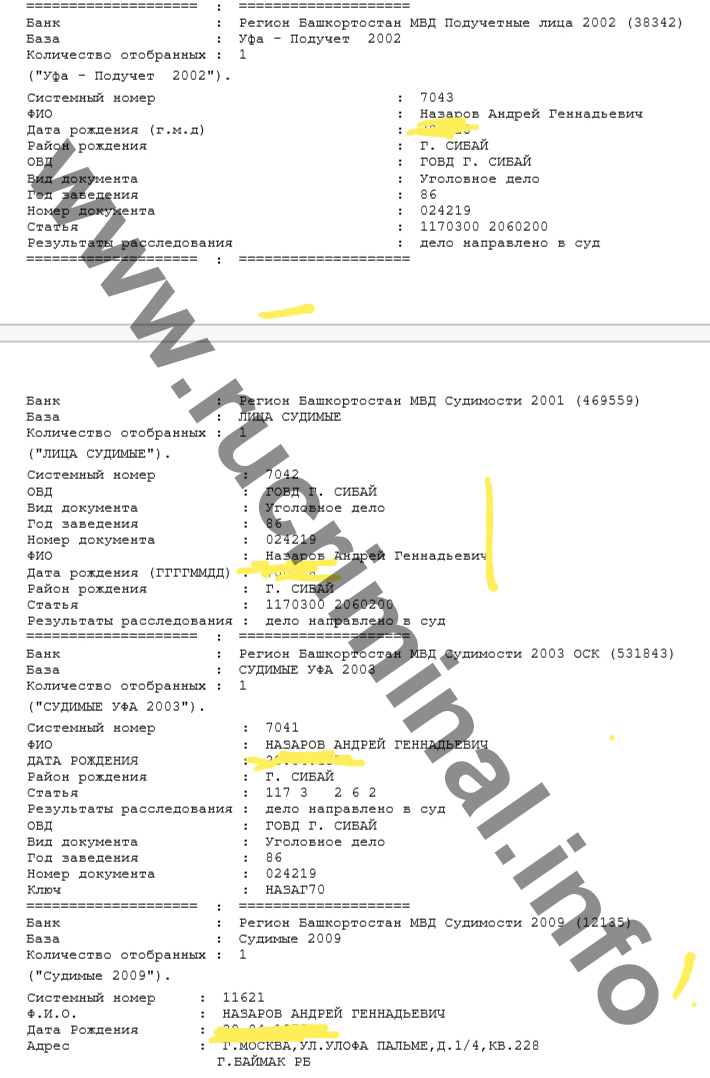 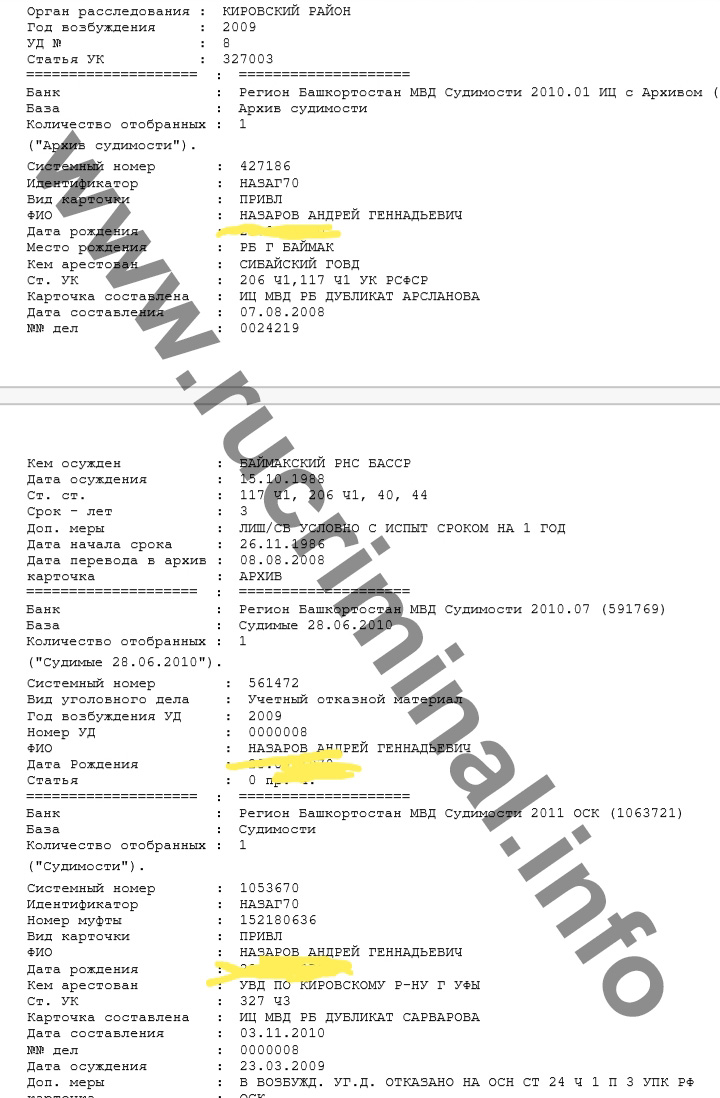 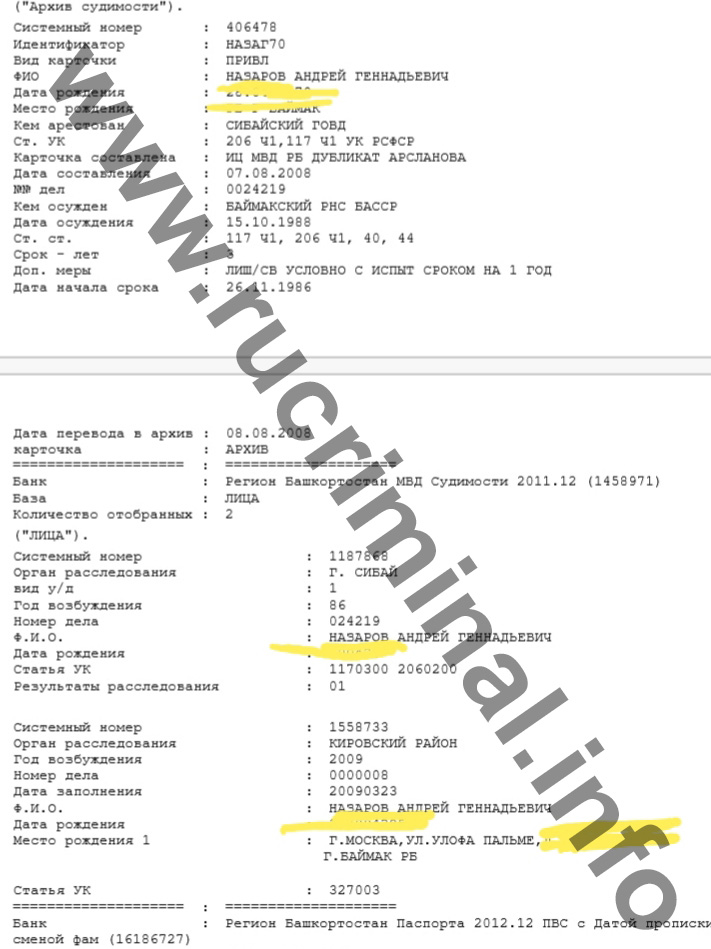