Secrets of organized crime groups and officials in FSB wiretaps 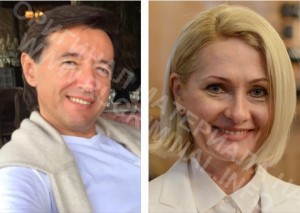 The Deputy Prosecutor General of the Russian Federation approved the indictment in the criminal case against former members of the Taganskaya criminal gang Grigory Rabinovich, Igor Zhirnokleev, Oleg Rusanov, Boris Tretyak, Dmitry Yukhnevich, Igor Balashov, German Grishin, Gennady Lukyanov, Sergei Shcherbukov, and Marat Yanbukhtin. They are accused of committing, together with Yuri Malinovsky, participation in an armed gang and a criminal community, the murder of more than two persons under aggravated circumstances, committed as part of an organized group, out of mercenary motives, kidnapping, etc. According to the investigation, no later than 1991, Igor Zhirnokleev, Alexander Graber and Igor Shilov created a criminal community, which included Rabinovich, Malinovsky, Rusanov, Tretyak, Yukhnevich, Yanbukhtin, Shcherbakov, Lukyanov, Grishin, Balashov and Shchukarev. Zhirnokleev and Rabinovich created separate structural divisions with specific functional responsibilities, a direct line of command, clear discipline and internal regulations. At the same time, they developed general plans for illegal activities, coordinated the members of the criminal community between themselves and other criminal groups, organized the material and technical support and armament of the accomplices, distributed financial resources between the accomplices for the commission of specific crimes. According to the assigned roles, Rusanov, Tretyak and Yukhnevich involved new persons in the criminal community, coordinated their activities, received money from entrepreneurs and legal entities for providing them with criminal protection and protection. At the same time, the abovementioned persons, as well as Yanbukhtin and Shchukarev, were entrusted with the functions of executing the majority of murders and other crimes, and hiding traces. Malinovsky and Yukhnevich coordinated the actions of accomplices, including Shcherbakov, Lukyanov, Balashov, who carried out external surveillance of the victims, their routes of movement, and developed escape routes for criminals after they committed crimes.

At the expense of the accomplices, an office was rented in the Tower-2000 business center in Moscow, where meetings were held between members of the criminal group and their leaders. The attackers used technical means to track the whereabouts of the victims, wiretap their homes and telephone conversations, and enter various premises. They illegally acquired grenade launchers, grenades, machine guns, pistols, rifles, revolvers and other weapons that were used in the commission of crimes.

According to the telegram channel VChK-OGPU, the materials concerning the member of the organized criminal group, Yuri Malinovsky, who entered into a pre-trial agreement, were separated into a separate proceeding and he had already received a sentence of 14 years in prison. Malinovsky gave the most valuable testimony. He headed a subdivision of an organized criminal group, which was engaged in operational work, wiretapping, and outdoor surveillance. During the searches, equipment was seized, comparable in its level to that used by the special services. The most interesting thing: the criminal case contains materials that the GRU and the FSB used the services of outdoor surveillance and wiretapping of the group. Yuri Malinovsky spoke about the persons who were being monitored by order of Igor Zhirnokleev. Many of them were later killed. According to the source, Malinovsky also described in detail how the thief in law Aslan Usoyan was spied on - on the eve of being shot by a sniper. This was done on the orders of Fat, who also ordered the Val submachine gun from the group's arsenal to be allocated for the operation. According to Rucriminal.info, one of the key figures in the bloody Taganskaya organized criminal group was Vladimir Grekov, who is now on the international wanted list. He was responsible in the group for finances, relations with representatives of government agencies and the security bloc. Two other leaders of the organized criminal group - Grigory Rabinovich and Igor Zhirnokleev - were detained. The day before the planned detention, Grekov left his pregnant wife at home and went to the gym to work out. And on the way, someone contacted him by messenger and warned him about the upcoming event. As a result, Grekov went to the gym and then simply disappeared. How it evaporated. How he left the premises is still unclear. One of the leaders of the Tagansky surfaced already in Kazakhstan, and then traces of it are lost. In 2019, one of the leaders of the Taganskaya organized criminal group, Vladimir Grekov (is on the international wanted list), escaped from the outdoor and escaped detention. According to the source, there was a similar story in 2018. Then Grekov was even detained in one criminal case for two stocks. But then, for some unknown reason, he was released by the investigator of the Main Investigative Directorate of the TFR in Moscow. Here is the correspondence of his lawyers at the time of his arrest and strange release.

Grekov's close ties were the head of the police department of the Ministry of Internal Affairs for the Dorogomilovsky district of Moscow, Dmitry Smirnov, and his deputy, Sergei Ustinov. This friendship was with a great aim. A close relative of one of these two police officers was an extremely high-ranking head of the TFR. Along this chain, the "Taganskie" very successfully resolved various issues with the investigating authorities. When in January 2019, two Tagansky leaders, Igor Zhirnokleev and Grigory Rabinovich, were detained, and the third leader, Vladimir Grekov, escaped, all their contacts in the power unit were also involved in the development. Dmitry Smirnov was bogged down in October 2019, but not in the "Tagansky case", but for fraud. Longer lasted a liaison in the TFR, he was asked to resign relatively recently. 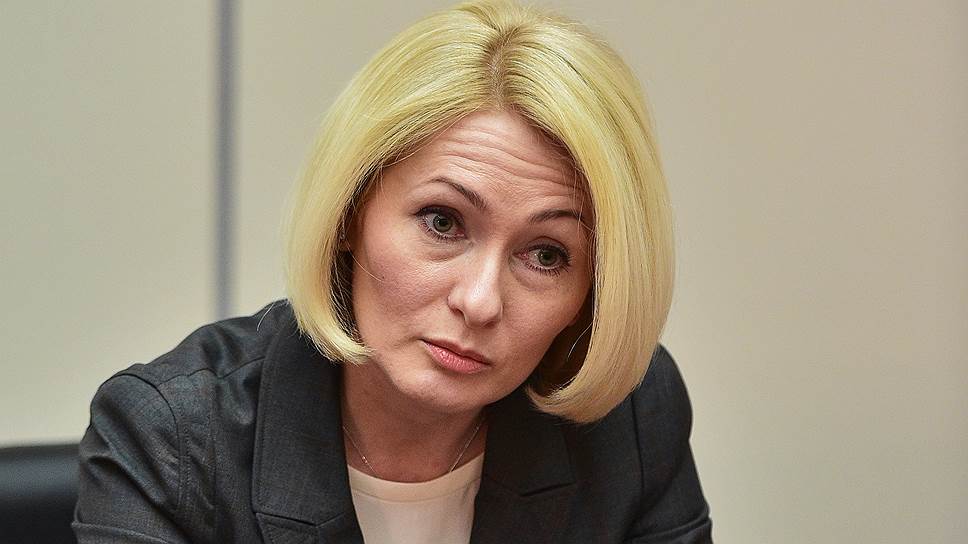 In the materials of the operatives involved in the case of the Taganskaya group, the names of two persons who are extremely close to Deputy Prime Minister Victoria Abramchenko appear - her assistants and confidants of Parviz Tukhtasunov and Artur Salgereev. They "surfaced" in the next episode. In addition to numerous murders, Tagansky is also charged with a number of economic crimes, in particular the seizure of property (land) of the Kolar company. Vladimir Grekov was in charge of the economic block in the organized criminal group, who was put on the international wanted list. When it became clear that Taganskie under the leadership of Grekov was about to get land plots, it was decided to transfer the land from "Kolar" to an individual. The transfer of ownership took place, but two days later, the record of the transfer of ownership in Rosreestr in the Moscow region, headed by Alexei Abramov, was simply removed, the land was returned to Kolar and seized in the interests of the Tagans. When the Tagansky was developed by operatives, an interesting record was made with Abramov, which is at the disposal of Rucriminal.info. On it, he admitted that Victoria Abramchenko (then the head of Rosreestr) assigned her trusted person to him - Salgereev. It was believed that he was directly carrying out the instructions of Abramchenko. As a result, Salgereev came to Abramov and gave instructions to delete records on land plots. Then Abramov was summoned by Tukhtasunov (at that moment assistant to the head of Rosreestr) and together with Salgereev they processed Abramov so that he would not try to restore the record. Abramov got scared and did as they asked. As a result, Abramov was fired not for these machinations in the interests of the Tagans, but for the fact that he used an official car outside of working hours on sick leave. But Tukhtasunov and Salgereev have not yet been touched in connection with this story. We are publishing part of the recording (divided into three parts) of the conversation between the former head of the Rosreestr of the Moscow Region, Alexei Abramov, and businessman Andrei Volontir, who collaborated with the Directorate of the FSB of the Russian Federation and the FSB for Moscow and the region. During the recording period, Parviz Tukhtasunov and Artur Salgereev were in operational development - assistants and confidants of Victoria Abramchenko, who is now Deputy Prime Minister, and at the time of the events headed Rosreestr.

The counterintelligence officers planned to detain Tukhtasunov and Salgereev, and Volontir had to convince Abramov to testify against these people. And he managed to do it. Abramov agreed to cooperate, moreover, on the record it is fashionable to hear his story about the secrets, intrigues and other things of Rosreestr, Abramchenko and her confidants. The conversation took place shortly after the arrest of the leaders of the Taganskaya organized criminal group Zhirnokleev and Rabinovia, in whose interests Tukhtasunov and Salgereev erased the record of the transfer of ownership of large plots of land from the Rosreestr database. 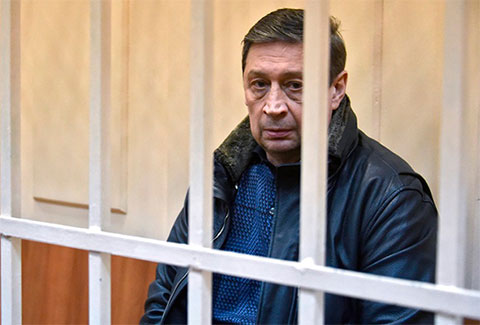 In the second part of the recording of the conversation between the ex-head of the Moscow Region Rosreestr, Alexei Abramov, and the businessman Andrei Volontir, it is discussed that from all the bases of the Moscow Region Rosreestre, in the interests of the Taganskaya organized criminal group, the record on the change of ownership of huge plots of land was destroyed. Big scandal. The order to destroy the record was given by Parviz Tukhtasunov and Artur Salgereev, assistants and confidants of Victoria Abramchenko, who is now Deputy Prime Minister, and at the time of the events headed Rosreestr. Abramov could not stop them, he admits that Abramchenko herself was "sticking out her ears" behind this whole story. When the leaders of the Tagansky were arrested for numerous murders, this scam came to the attention of the FSB of the Russian Federation. And then in CA Rosreestr they take a cunning move - they transfer all the "arrows" to Abramov. Allegedly, it was he alone who made the scam behind Abramchenko's back. Abramov himself, not understanding what was happening, went to talk to Abramchenko. And she says to him the following: "You had better leave for your safety." Abramov expresses a desire to testify on this item.