We continue to talk about a powerful combination operating in the market of resolvers and hostile takeovers. We are talking about the resource retired general of the Investigative Committee of Russia Igor Komissarov and his brother, a St. Petersburg lawyer, Andrei Komissarov. At one time they undertook to solve almost any issue, they solved it expensively, but reliably. Igor Komissarov's connections in Moscow and closeness to the head of the Investigative Committee opened up almost limitless possibilities. The businessmen who got into the development of the Komissarov brothers could come out either "feet first" or not at all businessmen, criminal prosecution and arrests made people quickly accommodating. On the contrary, those who came under the reliable guardianship of the Komissarovs did not have to worry about problems with law enforcement and fiscal authorities. According to Rucriminal.info sources, the Komissarovs offered their patronage and solving problems with the criminal case to the journalist Ksenia Sokolova, who also headed the Dr. Lisa Foundation (Elizaveta Glinka, who died in an airplane crash). 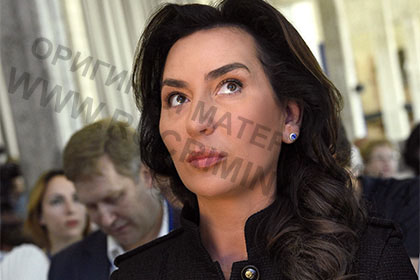 The story began simply, Ksenia Sokolova, out of good intentions, prepared a project for transferring a part of the state clinic, which is in a deplorable state, into commercial management and transition to self-sufficiency. Sokolova was immediately offered a reliable cover in this project in exchange for a share in this project. Sources say that the petitioners referred to Igor Komissarov, who was then an assistant to the head of the TFR. The journalist rudely refused. Almost immediately, a criminal case was opened and Ksenia Sokolova was to be arrested and placed in a pre-trial detention center, but the IC law enforcement vehicle malfunctioned and the socialite left the country. A year later, Ksenia received an e-mail in which a lawyer from Komissarov & Partners offered her to settle all issues in a criminal case for an official remuneration under a contract, it was cynical and courageous. The amount of the fee for the withdrawal of charges was set at six million rubles, and the contract had to be concluded with the Society for the Protection of the Rights of Owners and Tenants of Real Estate, INN 7838290879, Andrey Fedorovich Komissarov was named the president of this organization. Of course, Ksenia refused such "services". A couple more years and the criminal case will be closed anyway due to the expiration of the statute of limitations, although it would be more logical in the absence of the crime event itself.

According to the Rucriminal.info source, the Komissarov brothers had a scheme of work that worked flawlessly for entrepreneurs and not only for them. Andrey Komissarov is also promoting himself, thanks to the resource of his brother, to the general with all his might. Not so long ago, he was leading a completely unpromising case of the famous producer Bari Alibasov against the manufacturer of the chemical "Mole" - the company "AMS Media", the lawsuit was also filed against the company "Auchan". According to Andrei Komissarov's lawyer, Alibasov estimated the moral damage at 85 million and the amount spent on treatment and subsequent recovery at 15 million, of course the Komissarov brothers promised Bari Alibasov to win the lawsuit, but in such cases the resource of General Igor Komissarov does not work. The Komissarov brothers rendered serious assistance to Andrei Herzen when he decided to "throw" his partner Dmitry Sbruev. The law enforcement machine, with the participation of the Komissarovs, started working at full capacity. In our previous publications, we told how the events with Sbruev developed. And then the continuation of this criminal story.

Further appeal to the St. Petersburg City Court. Komissarov Andrey, with all the power of his brother's resource, Major General of the Investigative Committee of Russia, attacked the SU of the Ministry of Internal Affairs of the Vasileostrovsky District, the examination carried out in the EKTs department of the Ministry of Internal Affairs of the Russian Federation on the original document spoiled all their plans. The investigator was urgently replaced and at the request of the witness Andrei Herzen, and he became a witness in that criminal case, and by the alleged will of the new investigator Mark Spiridonov, two more handwriting examinations were carried out - and both showed that Herzen's signature was probably real. Again, but already stronger, loomed a sign of an acquittal with all the consequences for the Komissarovs and those officials who carried out their unlawful will.

But the general does not let the puck into his own gates and the concept of "objective truth" is familiar to him firsthand, the Komissarovs' team turns a brilliant move, it is not known for certain what exactly they scared the investigator Mark Spiridonov, but he unexpectedly appoints (without informing the victim's representative Dmitry Sbruev) at the request Herzen Andrei one more, but a technical and forensic examination, they decided now to find out what was earlier Herzen's signature on the approval of a major transaction or the text of the approval itself. An interesting fact is that there are two signatures on approval, Sbruev and Herzen, but this does not bother anyone. Andrey Komissarov brings from another criminal case to the court of appeal where Dmitry Sbruev will appeal his verdict against the conclusion of the expert of the EKTs of the Ministry of Internal Affairs of December 2019 (and such examinations of the EKTs in St.Petersburg usually do no more than two per year for all experts of the unit, which indicates a poor experience in such studies), which claims that at first there was the signature of Herzen Andrey, then the text appeared. This is ingenious considering that before that two years, Andrei Herzen had said that the signature was not his, and when it turned out the opposite, he decided that his signature, but he somehow signed on a blank sheet, probably approving everything that could be approved. The categorical conclusion of the talented expert of the EKTs of the Ministry of Internal Affairs for St. Petersburg Irina Artemyeva is based on the methodological recommendations of the Ministry of Internal Affairs “Possibilities of establishing the sequence of execution of the requisites of documents. Guidelines. EKTs MIA of Russia, Moscow, 2018. ""

At the court session, he appears live according to the original power of attorney signed by KU Lukina Yulia from the D&A Logistics company, a representative of this organization, he is from Moscow and his name is P.A. Chetverkin, Pavel Chetverkin fully supports the examination conducted by Irina Artemieva, an expert of the EKTs Ministry of Internal Affairs, on an objective and fair observation of the defender Dmitry Sbruev that these Methodological Recommendations, Moscow 2018. there is nowhere to look, and, accordingly, the conclusion is not valid, since it is not verifiable - it says that everything is in the public domain. Seek and find. At the meeting, there is television from Channel 5 and 360 TV, ordered by Herzen and Komissarov, by coincidence, at the same meeting, the fact of the Komissarovs' kinship, a strange check by the Main Investigative Directorate of the Investigative Committee and an incomprehensible transfer of the criminal case from the Ministry of Internal Affairs to the Investigative Committee, is read out clearly and loudly. judge on the audio record of the court session. This information does not get into the media reports, but the veins on the balding head of the lawyer Andrey Komissarov swell indecently.

The appeal was filed by Dmitry Sbruev on 09/02/2020. , the criminal case finally left the Moskovsky District Court of St. Petersburg, for so long the case lay motionless, because they could not notify Andrey Herzen, who currently lives in their villa on the island of Sardinia (Italy) or in a mansion in Jurmala ( Latvia). Upon an appeal to the General Prosecutor's Office Dmitry Sbruev managed to break through the resource of Igor Komissarov, the investigator Mark Spiridonov officially acquainted the representative of the victim Dmitry Sbruev with the results of the technical and forensic examination - it took half a year. and another six months to satisfy the petition for a second one, but not in the EKTs of the Ministry of Internal Affairs, but in the Ministry of Justice, in the St. Petersburg branch. In August, the investigator issued a decree ordering an expert examination. Until now, it has not been fulfilled, it has additionally turned out that the investigator has once again been replaced, the new investigator Dmitry Lyakhov, and the decision on the examination in the Ministry of Justice in St. Petersburg was canceled by the deputy head of the Investigation Department Nikolay

Dmitry and again, but already at the request of witness Herzen, appointed a new examination by another resolution, and appointed to the Ministry of Justice of Moscow (where the Major General has influence), this examination will be additional and not repeated, which will not allow cardinally changing the expert's conclusions. In any case, there is still no answer and no result. Igor Komissarov has all the garters in Moscow, all the specialists for the courts always come from there, expensively but reliably, even the examinations in the Ministry of Justice are carried out in Moscow, and not in St. Petersburg.

But you can always "prolong the pleasure", lawyer Andrey Komissarov together with Andrey Gertsen and with the help of the resource of the now retired Justice Major General Igor Komissarov continue to develop an offensive on Dmitry Sbruev and, accordingly, landing it. For this purpose, another criminal prosecution of Dmitry Sbruev was organized, only now by the forces of the Central Office of the Main Investigative Directorate of the Investigative Committee (Major General of Justice Aleksandr Halapov, a friend of Igor Komissarov), a criminal case was initiated in the Main Investigative Directorate of the Investigative Committee in Moscow under Article 159 Part 4, according to the plot of the case - a group of persons organized the theft of money during the construction of the Zenit-Arena stadium in St. Petersburg, the company where Sbruev was the founder (nor the director), provided transportation, delivery and customs clearance services. How Dmitry Sbruev got into this case as the accused - even prosecutors with many years of experience do not understand. Dmitry Sbruev, who at the most that could be a witness at the request of Komissarov Igor was made the accused, and then - you look and he will go to court, and there it will be extremely difficult to prove anything. Now this criminal case is already on the 217th, familiarization is underway, the property of Dmitry Sbruev has been arrested, the criminal case is going to be sent to court, another story is coming. Even a retired general has a gigantic resource and the Komissarovs are rubbing their hands.