Clash of Clans: Rotenberg VS Kovalchuk Rucriminal.info continues to publish an investigation into the conflict between two influential clans - the Rotenbergs and Kovalchuk - over the contract billions of Russian Railways. Igor Rotenberg received a proposal to transfer all railway construction projects to structures controlled by Kovalchuk, the main of which is Vladimir Vasiliev's R-industry. In a previous publication, we described how Vladimir Vasiliev met Yuri Kovalchuk and he took control of R-Industry. Today is the continuation of this story.

After meeting Kovalchuk and Vasiliev, the amount of orders from the "R-industry" increased sharply. For example, in 2017, Spetstransstroy gave away many of R-Industry’s contests won by Russian Railways, Vasilyev and Kovalchuk

Spetstransstroy - created by Yuri Reilian, who was responsible for the Sochi construction project under the auspices of the Ministry of Construction and Housing and Public Utilities. He worked there normally and became friends with the Rothenbergs. It was the Northern Sea Route bank that allocated a loan to Spetstransstroy for the purchase of such a giant of railway construction as Transyuzhstroy.

It was the forces of Spetstransstroy that the work was done on laying the path on the Crimean bridge and approaches to them.

But Raylyan’s strength, desire and skills were not enough for the simultaneous construction of the Crimean bridge, BAM and a detour around Krasnodar.

Dates on BAM and the detour of the Krasnodar Knot were disrupted. It was precisely the breakdown of these terms that caused the scandal last November, when coal mining companies were unable to export it.

As a result, Spetstranstroy’s orders for gigantic amounts were transferred to the R-industry company. But in fact, all these orders passed from the Rotenbergs to Vasiliev and Kovalchuk. Spetstransstroy left only work on the maintenance of the Crimean bridge.

Reiljan himself was fired and handed over the company to the face value from the Rotenbergs. 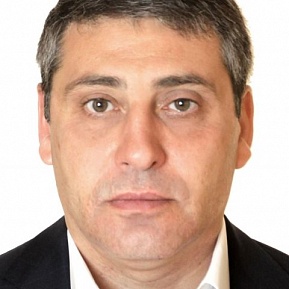 Due to the constant breakdown of work and the scandal with which the Rotenbergs reissued the GK 1520 to their own person - Krapivin, they received a proposal to transfer the construction of the Russian Railways into the hands of Kovalchuk.

Sources of Rucriminal.info say that Igor Rotenberg still continues to oversee the construction of Russian Railways, but will soon transfer control to Kovalchuk’s structures.

In this case, the share of orders of the P-industry will increase further.