For almost half a ton of drugs, the private jet was changed to a special plane 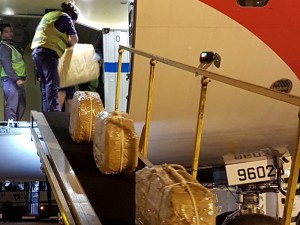 We continue to acquaint our readers with the materials of the case of the smuggling of 400 kg of "ambassadorial" cocaine from Argentina to Moscow. Here is the third part of the testimony of the first secretary of the embassy, ​​assistant to the ambassador for security, Oleg Vorobyov. According to the materials at the disposal of rucriminal.info, in October and November 2017, "a man without a biography", the organizer of the embassy drug supply channel Andrei Kovalchuk came to Argentina, met with Vorobyov and tried to resolve the issue of transporting 12 suitcases with cocaine to Russia. Once he even arrived on a private plane with Ishtimir Khujamov and "two Latvians". It was on this private plane that it was planned to withdraw cocaine. However, the embassy staff, under the control of the FSB of the Russian Federation, played a scene. They sent the supply manager on a long business trip, and it was announced to Kovalchuk that only the supply manager had access to the room with the suitcases. 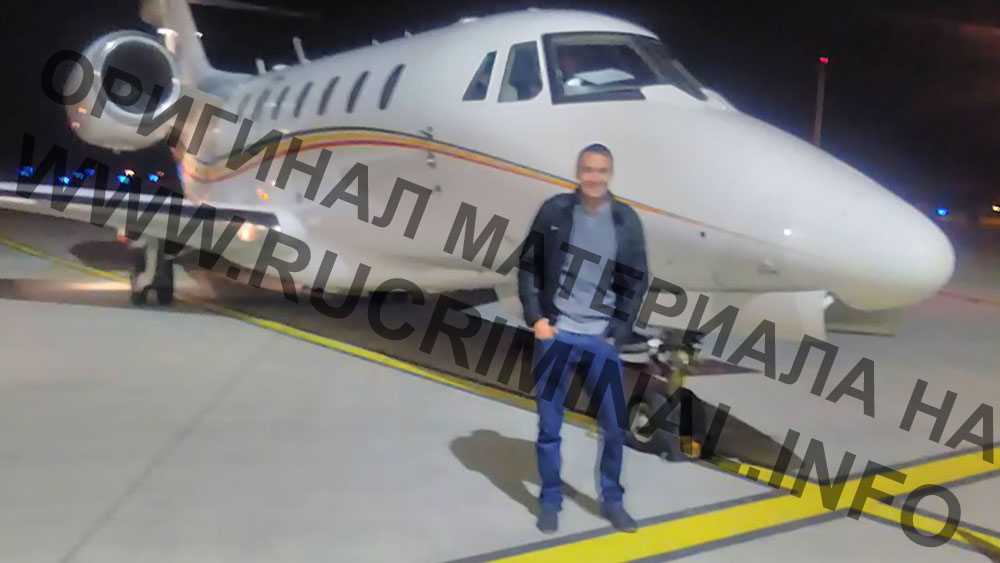 Under various pretexts, Kovalchuk was denied receiving suitcases. And then they announced that they were already packed for shipment by a special robot. Kovalchku rushed to Argentina and asked that a plate with the indication "consular department" be glued to each suitcase. The cargo was transported to Russia only in December 2017, and when receiving the cargo, Kovalchuk's accomplices were detained. 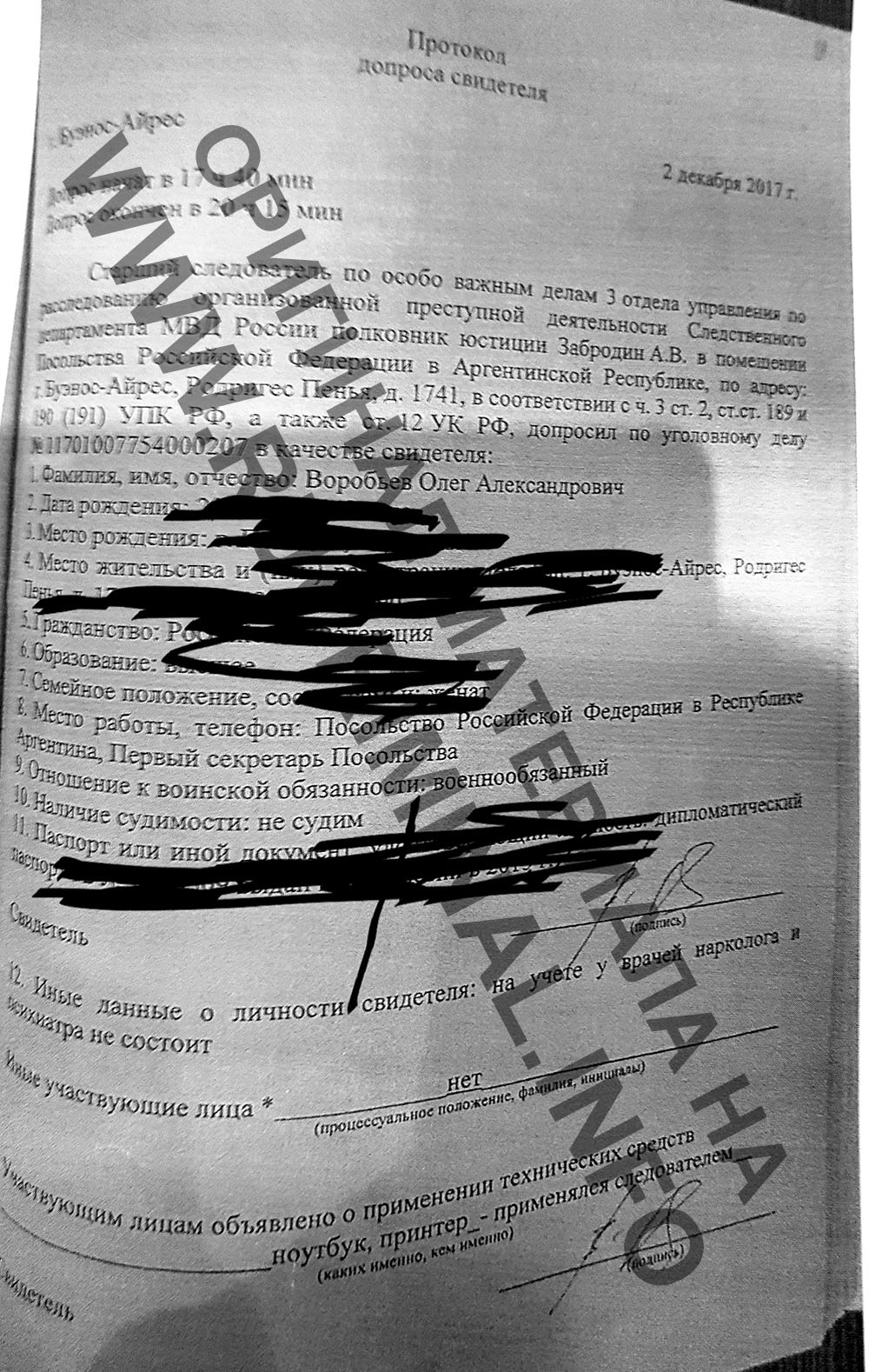 And here is what Vorobiev said during interrogation:

“In October 2017 Kovalchuk A.F. rented a business aviation plane (private jet), on which he planned to take out his suitcases with the drug cocaine (at that time the drug was replaced by dummies), which were stored at the school at the Embassy. AF Kovalchuk himself arrived on a regular flight and checked into the Dora hotel in Buenos Airos, where he lived for several days, then changed the hotel and settled in Pullitzer, and then after a while again settled in "Dora" Dora). The rented plane arrived separately from Kovalchuk, on which Ishtimir Khudzhamov (Timur) and two Latvians, who also checked in at the Dora Hotel, arrived as passengers. We could not give the suitcases to Kovalchuk, since the necessary measures were taken and are currently being carried out to identify all persons involved in the discovered drugs, with their arrest in the act. In this regard, in agreement with the employees of the FSB of Russia, who are carrying out operational measures, it was decided to send I.P. Rogov. on a business trip to Mar del Plata. Kovalchuk could only take the suitcases from Rogov, since he believes that other persons in the Embassy do not know about his suitcases. In this regard, a situation was artificially created in which Rogov could not hand over the suitcases to Kovalchuk, since he was on a business trip, the period of which ended after the business aviation plane leased by Kovalchuk departed. As a result, Kovalchuk was unable to get the suitcases and take them to Russia.

In November 2017, Kovalchuk again flew to Buenos Aires in order to meet Rogov and receive suitcases from him. At the same time, in this case, Kovalchuk did not rent a plane in advance, since he was not 100% sure that he would be able to pick up the suitcases. On November 10, 2017, Kovalchuk personally met with Rogov for the first time, but he could not pick up the suitcases, since Rogov told Kovalchuk that the suitcases were transported to the storage at the Embassy and were ready to be sent to Russia on the next special flight scheduled for the first decade of December 2017. The second time Kovalchuk met with Rogov on the day of his departure from Buenos Aires, during the conversation at the meeting, Kovalchuk asked Rogov to stick information signs on the packed suitcase, on which it was necessary to indicate the subscriber number of his (Kovalchuk's) mobile phone with the letters “ KD ", which means the consular department.

Currently, joint activities with the National Gendarmerie of Argentina are ongoing aimed at identifying persons involved in drug crimes and obtaining evidence against them. 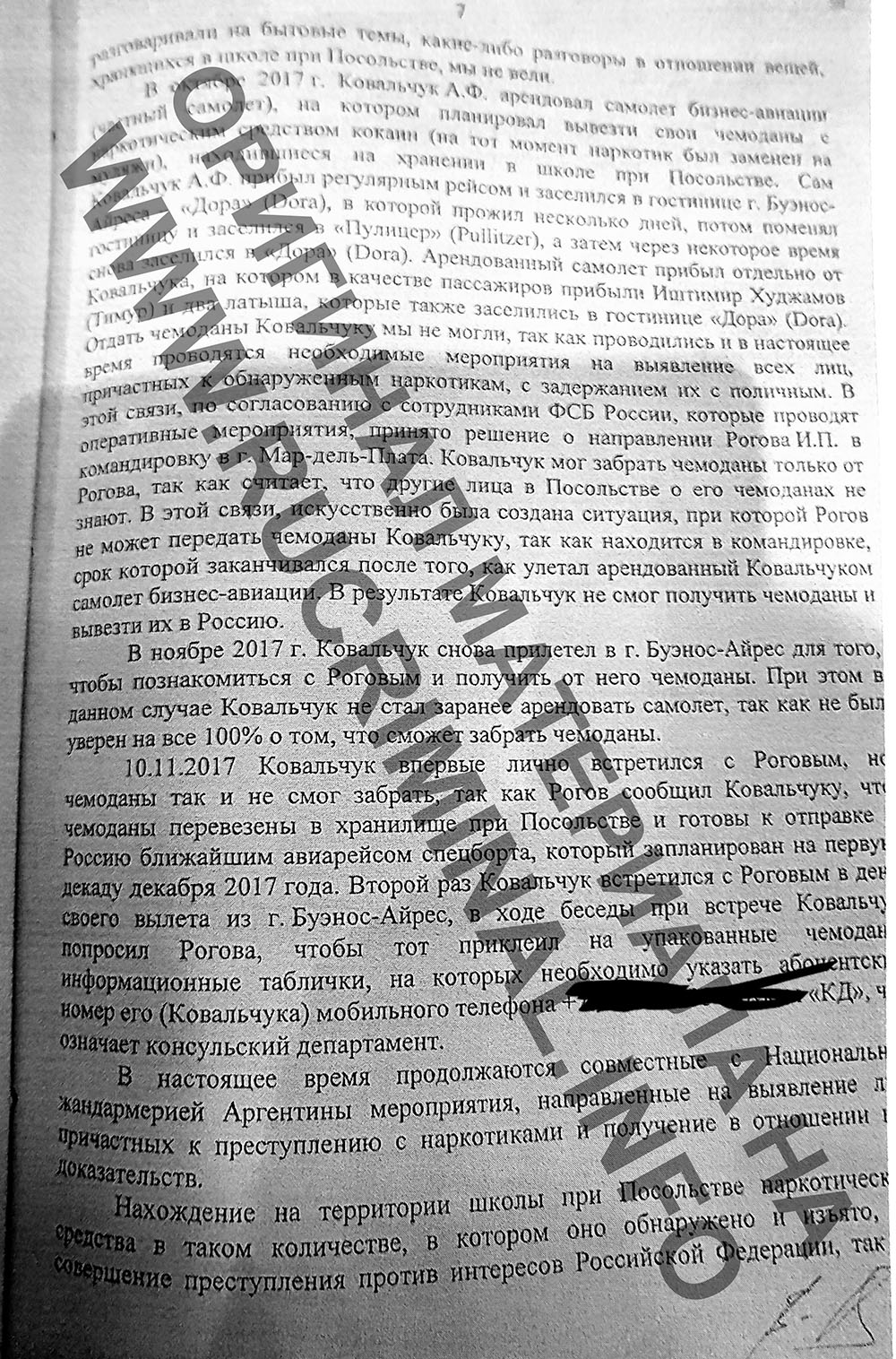 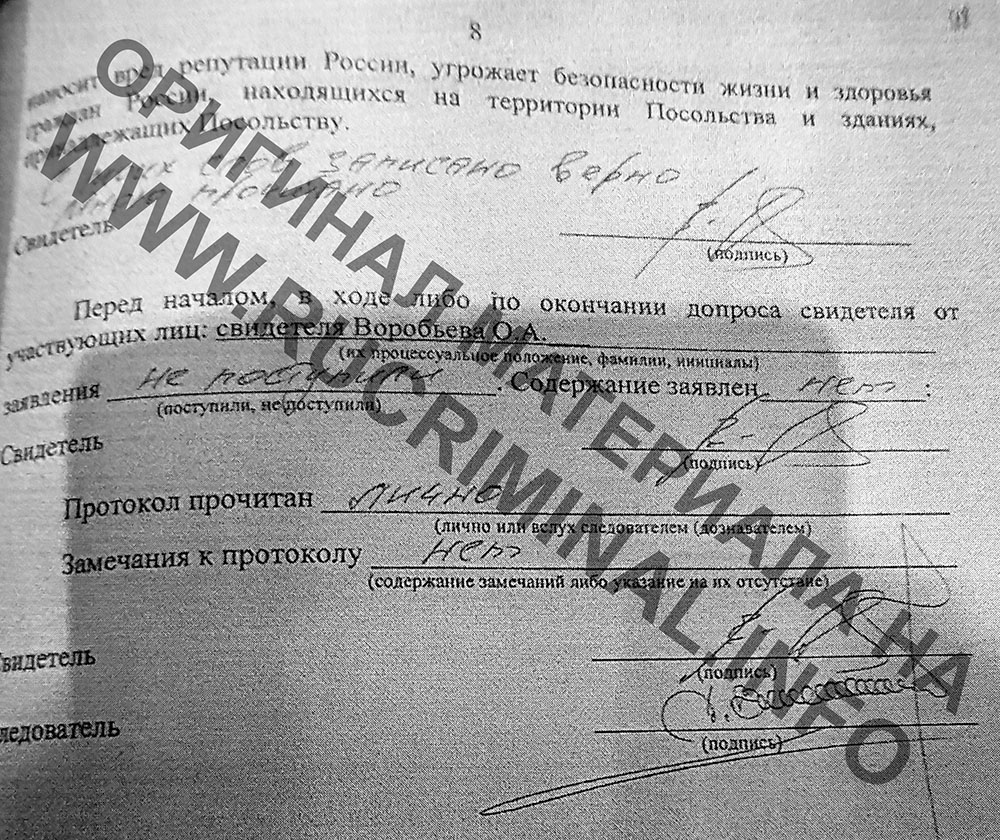