How the Rotenbergs privatized Russian Railways

Billions of state monopolies go to an influential clan 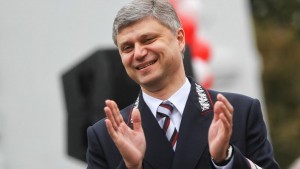 Rucriminal.info continues to publish an investigation of how they are “sawing” the money of the Russian railways. This is mainly done through the 1520 group of companies controlled by Rotenberg. Since 2016, it’s Igor Rotenberg who has been the curator of 1520. But, fearing the public opinion that all Russian construction projects have captured the Rotenbergs, they are not officially the founders of the 1520 Civil Code. Over 70% of the 1520 Civil Code have been registered with the Rotenberg trustee Alexei Krapivin.

There are many schemes for embezzlement of money, the most common is the inclusion of inflated prices in the design and estimate documentation in Russian Railways. How does this happen in our case? Everything is very simple. Design Institute Roszheldorproject belongs to ... GK 1520.

How did they do it?

The thing is that before the design of the Moscow-St. Petersburg high-speed railway in 2005, the Roszheldorproject branch at that time - Lengiprotrans - was separated from the parent company. And it was purchased by Andrey Krapivin (father of Alexei Krapivin), Yuri Obodovsky, Boris Usherovich, Valery Markelov. 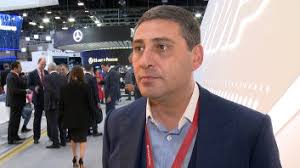 After GK1520 began to be supervised by Igor Rotenberg - the share of GK 1520 increased to 75%. At the same time, GK 1520 increased its share without bidding. The transaction amount has never been opened. Now Roszheldorproject is 25% owned by Russian Railways, and 75% owned by Transproject-Finance LLC.

Transproject-Finance LLC is 100% owned by Lengiprotrans JSC, the owner of which, in turn, is Group of 1520, which is now controlled by Igor Rotenberg.

According to a source from Rucriminal.info, the Director General of Transproject-Finance LLC has another company - the Green Coast 21st Century Holding Company LLC, which won 2 billion rubles from the Russian Railways.

But we will return to Roszheldorproject JSC.

At the same time, on what conditions the deal was concluded is still not clear.

And Roszheldorproekt has an asset won in 2013 for a period of 10 years for 150 billion for the design of Russian Railways.

What is the profit in Roszheldorproject?

It is easy to calculate how much 75% of the company brings.

Now let's look at the leaders of Roszheldorproject

General Director - Tikhonov Alexander Borisovich - an old and honored railway builder, until recently, was the head of the Department of Capital Construction of Russian Railways.

Sent here to a well-deserved and calm old age.

And who in 2016 was put the first deputy in Roszheldorproject?

Shutova Inna Petrovna. What is she famous for? In what structure did Russian Railways work before?

But he did not have a relationship with Yakunin. He did not allow him to the trough. As a result, in 2005 Igor went to the Northern Sea Route bank.

And Inna Petrovna went to Transstroimekhanizatsiya - the daughter of Mostotrest, whose control was under Arkady Rotenberg.

In Transstroimekhanizatsii Shutova was responsible for design estimates.

In 2016, the Rotenbergs, who control the GK1520 and Roszheldorproject, respectively, needed their own people at the design institute. And this person became - Shutova Inna Petrovna. According to Rucriminal.info sources, she is 100% of the Rotenberg clan. Shutova is needed at Roszheldorproject in order to regulate pricing and make the projects that GK 1520 will then get as profitable as possible. They say that she copes with her tasks very well and Igor Rotenberg is very pleased with her.

So the main design institute of Russian Railways went to the Rotenberg family. And I got it on completely incomprehensible conditions. And it brings them 3 billion profit a year.

How do they earn so much? And everything is very simple - their contract ratio with contractors reaches 50% percent. They say that earlier, through several intermediary firms, only 20% of the estimates reached the designers themselves. But Inna Petrovna destroyed such non-justice.