How the Rotenbergs of Dmitry Zakharchenko were planted 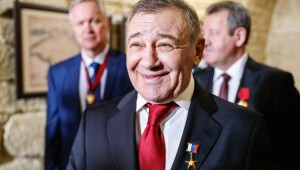 The Investigative Committee of Russia has completed its investigation into the case of the largest bribe for ex-Interior Ministry colonel Dmitry Zakharchenko - almost 1.5 billion rubles. The bribe-givers are two co-owners of the 1520 group of companies (GC is the largest contractor of Russian Railways) Valery Markelov (in custody) and Boris Usherovich (wanted), as well as bankers associated with them - Ivan Stankevich and Dmitry Motorin (also wanted). As sources told Rucriminal.info, this case might not have happened if Markelov and Usherovich were more accommodating in negotiations about the fate of "1520" with Arkady Rotenberg and his son Igor. Details are in our investigation. 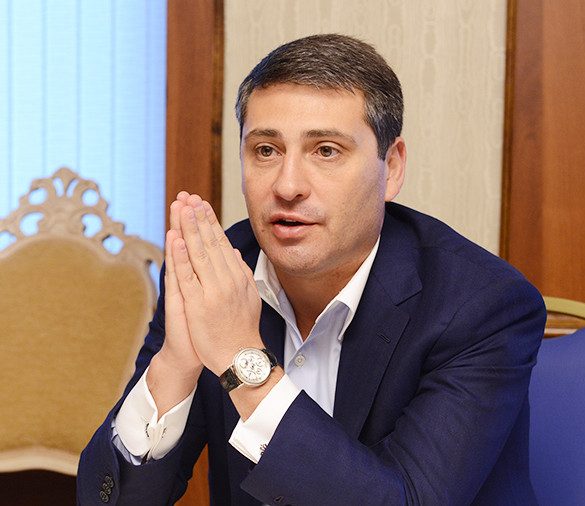 According to the ICR, in 2007-2016 Dmitry Zakharchenko systematically received bribes from an organized group that controlled a number of legal entities that did not conduct real entrepreneurial activities, but disposed of the funds that were in their bank accounts by performing illegal banking operations in their own selfish interests. This group included entrepreneurs Valery Markelov, Boris Usherovich, Ivan Stankevich and Dmitry Motorin. Zakharchenko provided them with patronage and helped to exclude or minimize the possibility of revealing the facts of their criminal activity by the relevant state bodies. In total, during these periods, Zakharchenko received bribes in the total amount equivalent to more than 1.4 billion rubles.

GC "1520" became the main and largest contractor of Russian Railways, receiving tens, if not hundreds of billions of rubles, when the state monopoly was headed by Vladimir Yakunin. Which is not surprising at the origins of 1520 was Andrei Yakunin (after his death was replaced by his son Alexei) - Yakunin's financial advisor. Semi-criminal businessmen Markelov, Usherovich and businessman Yuri Obodovsky became other co-owners of the group. When in August 2015 Yakunin resigned as head of Russian Railways, and Oleg Belozerov (a person extremely close to the Rotenbergs) took his place, negotiations on the sale of 1,520 to the Rotenbergs began almost immediately. They were completed by the end of 2015 and the beginning of 2016. It was decided that the Civil Code would go to an influential clan, due to which the number of contracts from Russian Railways not only did not decrease, but increased significantly. The agreements stipulated that in fact it would already be the Rotenberg structure, but until 2017 Markelov, Usherovich and Co will optimize the structure by bringing all their numerous firms, "layers" and "dumpsters" used in the development of Russian Railways funds into a single structure - GK " 1520 ". The corresponding mergers and acquisitions, liquidations took place throughout 2016, most of 2017. According to a source of Rucriminal.info, in 2017, when it was time to part with the 1520 Group of Companies, disagreements arose between Markelov, Usherovich and Rotenberg. The first two wanted to receive retained earnings in addition to the negotiated price of the GC, to a number of the main structures of the GC, including USC 1520. It was about large sums - more than 5 billion rubles. Alexey Krapivin and Obodovsky preferred to take a wait-and-see attitude in such a situation, as they wanted to continue cooperation with the Rotenbergs. As our interlocutor said, the Rotenbergs considered their profit to be theirs. They could cut off the GC from all contracts altogether. In the midst of the conflict, the case of bribing Dmitry Zakharchenko was born. Markelov and Usherovich were confident in their untouchability. And in vain, because they dealt with the Rothenbergs. As a result, when in October 2018 Markelov arrived from abroad in Sochi for the Formula 1 competition (his son participated in the races of another series at this circuit), he was detained and then sent into custody. Markelov, instead of a quick arrest of all his property, is given the opportunity to re-register his assets to other people, but on one condition. While in jail, he copied the share in Civil Code 1520 to Krapivin. Krapivin immediately after the arrest of Markelov "lay low", fearing that he would be involved in the "Zakharchenko case." There were all reasons for this. But he quickly agreed on complete loyalty with Igor Rotenberg. As a result, Krapivin became the nominal holder of 1520 shares, which in reality belong to the Rothenbergs. At the same time, Krapivin and the manager from the Rotenbergs in the GC.

Markelov hopes very much that he will be given the one that he served. Usherovich remains the owner of 1520 shares, but he is on the international wanted list and absolutely cannot influence the activities of the Group.