The FSB has no time for the blown-up bus. There is a plot of housing and communal services 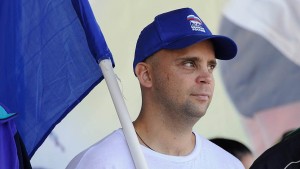 In the city of military glory Voronezh, where an explosion in a bus recently thundered, a redistribution (chaos) is currently unfolding in the service sector of apartment buildings (MKD) on the "ruins" of PIK-Comfort. In regional telegram channels, fairly objective information about the confrontation of interested groups periodically appears: (1) A.V. Sysoev's link. (Chairman of the Housing and Utilities Committee of the City Duma), D.V. Solomakhi (head of the city administration of housing and communal services), A.V. Zachupeiko (member of the Housing and Communal Services Committee of the City Duma), A.A. Minakova (deputy head of the Voronezh GZI) on the one hand and (2) proishutin forces (deputy governor S.A. Chestikin, State Duma deputy A.P. Markov, deputy governor S.A. Sokolov, head of the Voronezh GZI Goncharova D.I.) on the other. Details are in the Rucriminal.info investigation. 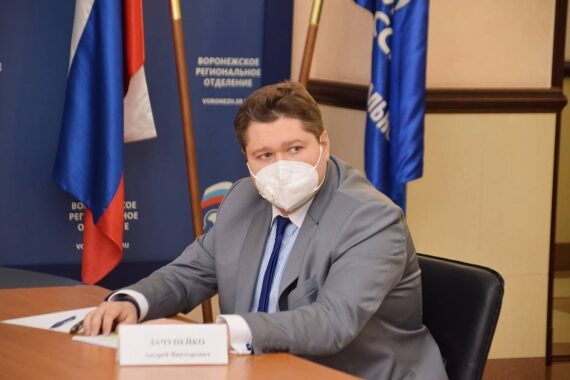 “A talented manager” (both objectively and according to his friend Andrei Markov) Vadim Ishutin was very successful for a certain period of time and in the communal sector he “grabbed” everything that could be consolidated in theory to the maximum. But, as practice has shown, it was not possible to legalize and keep the PROJECT painlessly, even with the support of deputies and officials of all stripes. Everything is too criminal. Several years ago, Vadim Ishutin was forced to sell his UKashki to the PIK group not on market conditions, as they say, not without the help of the Voronezh security forces.

However, things did not work out for PIK-comfort in Voronezh and they agreed to return the business to Ishutin. Moreover, the base is already quite good. All of Vadim's people work in Pike, some have changed their shoes, but the bulk have remained loyal to their former patron.

According to a Rucriminal.info source, Markov helps Ishutin in implementing his plan, including all possible levers, one of which is communication with the current Vice Governor Sergei Chestikin, who is in charge of communal issues.

Ishutin's former partner (yes, you didn't hear it) Alexander-basketball-rector-deputy Sysoev decided to make a "cobra throw" and take revenge for previous defeats, both financial and political. Why now? It is difficult to say for sure, but the moment, "offhand", was chosen a good one. Preparation for the heating season; the elections will not allow either Markov or even more so Gordeev (if he thinks about it at all) to seriously harness into confrontation; Yes, and Ishutin has been absent for a long time, - it's time. Such a business cannot be held remotely. Alexander Sysoev, Andrey Zachupeiko and Dmitry Solomakha opened 5 management companies for affiliated entities: Housing Standards LLC, Management Standards LLC, Service Standards LLC, Restoration LLC and Uyutservice-Comfort Management Company LLC. They want to transfer to these management companies the entire relatively profitable PIK-Comfort array located on the right bank by submitting "drawn" minutes of general meetings to GZI. The first stage was forged protocols with the signatures of residents, who at the general meeting allegedly voted for the transfer to these Criminal Code on 300 houses of the Comintern district.

On July 27, these protocols were sent to GZI, deputy. Head of GZI Minakov Andrey Aleksandrovich gave a command to the licensing department to include these 300 houses in the register from 01.08.2021. 07/28/2021 in the community "Overheard Voronezh" photos of the "left protocols" were published. On the same day, the staff of the regional BEP carried out operational activities in the office of A. Zachupeiko on the street. Kholzunova, 38/9, as well as excavations in GZI.

But this did not stop the friendly tandem at all. According to them, this array, as well as the subsequent ones, which they will hand over in August, will be included in the register of licenses from 09/01/2021, since with the "shoulder straps" they have "everything is decided." New management companies have already been opened, and protocols have been submitted to GZI on the transfer of high-rise buildings under their wing.

Also, these servants of the people organized an extended commission of the City Duma on housing and communal services (Sysoev - before, Zachupeiko - deputy), where the invitees habitually criticized the PIK-Comfort management company for the failure to prepare for the heating season (the head of the city administration of housing and communal services Solomakh was especially zealous), and " The basketball player "(Sysoev A.V.) also poured out his anger on the main defender of PIK from popular anger, the head of the state housing inspection Diana Goncharova. Anger is righteous and already habitual.

At the end of August, the network published a statement submitted to the Ministry of Internal Affairs from an indifferent resident of one of the "stolen" houses according to the "drawn" protocols of general meetings of tenants for the purpose of changing the Criminal Code. Residents say they did not vote, but the papers say the opposite. At the same time, the proper reaction from the security forces does not follow. The reason is simple, the link Sysoev-Zachupeiko-Solomakha is very friendly to the deputy head of the regional FSB Zaitsev Andrey Nikolaevich, who is in charge of the housing and communal services sector of the region. Who also does not shy away from communicating with the Ishutin lobby and apparently bet on “both horses”. I wonder if his patron Nefedov is in the know? And what was the cost of slowing down the employees of the BEPiPK, who, before that, surprisingly zealously, on a tip from the FSB, interrogated people (not one dozen people)? The classic scheme is to create a problem and then heroically solve it. Zaitsev justifies his actions by state interests - to ensure stability in the housing and utilities sector and to prevent popular anger during the election race! It even looks like the truth ... And the sovereign Zaitsev is implementing another project ... Ishutin has expensive assets (VOC and solid waste landfill), already severely fined (about 1 billion rubles) by another friend of Zaitsev, Alexei Karjakin (head of the regional Rosprirodnadzor). An additional tool of pressure is the criminal case against the director of the VOC, Igor Zhitaryuk.