RUSNANO partners and a luxury villa await "Our Gretta" in Italy 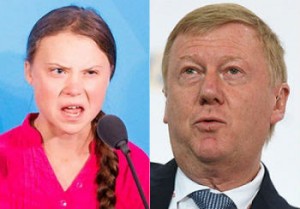 In 2020, TASS announced that the Investigative Committee of Russia (TFR) had terminated the criminal case against the former general director of Rusnano Leonid Melamed and ex-financial director of the company Svyatoslav Ponurov due to the expiration of the statute of limitations "on non-rehabilitating grounds." They were held in the case of embezzlement of more than 220 million rubles. (part 4 of article 160 of the Criminal Code of the Russian Federation). Lawyer Alexander Asnis, who represented the interests of the Rusnano corporation in the criminal case of its former head Leonid Melamed, said then that he could not confirm or deny the information about the termination of the criminal case. 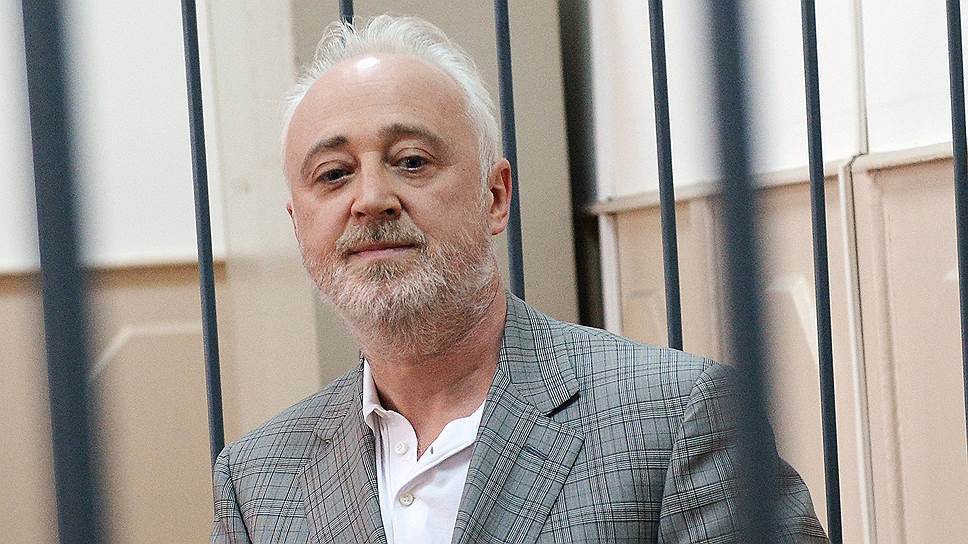 Sources of Rucriminal.info and the VChK-OGPU telegram channel said that the TASS information did not correspond to reality. The case has not been closed; formally, an investigation is still underway. The lawyers did indeed have the opportunity to close it on non-rehabilitating grounds. But there was a serious problem. At the very beginning of the investigation, Leonid Melamed, out of fright, transferred over 200 million rubles to a deposit account to cover the damage. And if the case on the "non-rehabilitating" is closed, he will simply lose them. And Malamed hopes to get by with "little blood", to get the case closed "for lack of composition" and return his $ 200 million.

Our source told about: what led to the initiation of the case; what was the alignment of forces then and what it is now in the immediate circle of Anatoly Chubais; where a luxurious villa awaits him and who will be his neighbors; how a banker, a former top manager of Smolensk Bank, Mikhail Yakhontov, who was killed with his family last week, would be connected with a criminal history with RUSNANO.

Urinson Ya.M. - a real professor and the most devoted person of Chubais A.B.

Melamed L.B. - a tough businessman, between friendship and money always chooses money, but it is for this that Chubais especially appreciates him.

In 2008, Urinson closed RAO UES of Russia, and Melamed warmed up a place in RUSNANO.

Melamed did a lot to establish RUSNANO - he assembled a completely new, non-energy-related team of investment managers, in fact, he launched the project.

It should be remembered that Alemar was always behind Melamed (this is both a bank and an investment group). Therefore, Melamed built the management of RUSNANO with an eye to future departure to Alemar:

Firstly, Svyatoslav Ponurov, a native of Alemar, became RUSNANO's financial director, and secondly Alemar became both an investment and financial advisor to RUSNANO.

The result of consulting in the investment field was a criminal case against Malyshev (currently on the international wanted list, former deputy chairman of the board of RUSNANO) -Ponurov-Melamed.

It is worth talking about financial consulting in more detail.

According to a source of Rucriminal.info, RUSNANO of 2009: Urinson and Melamed. The first has just arrived, the second has already left, but he has prepared everything for his future life in private business. Alemar, as conceived by Melamed and his right hand Zhurba, was to become the backbone bank of RUSNANO - for this, the entire regulatory framework was created and written for him. Requirements for banks providing banking services to project companies and RUSNANO were written directly under Alemar and were very different from the Decree of the Government of the Russian Federation dated February 28, 2008 No. 127 - the bank needed to have a credit rating from Russian rating agencies: such as RusRating or Expert RA.

But the unexpected happened - Ponurov quickly saw through the plans and was in no hurry to implement them. In fact, he ignored the hints of his patron, for which he later paid the price (despite Ponurov's innocence), the lawyers of Rosnanotech did not defend him. 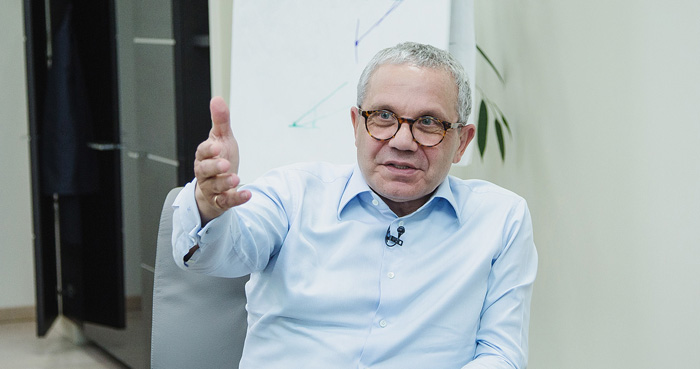 Urinson treated Medamed with great jealousy, being an experienced person - he understood the risks associated with doing business in the name of Melamed.

As a result, with the arrival of Urinson, Alemar's business at RUSNANO began to wither, Melamed's bank was purposefully squeezed out from everywhere.

Melamed complained to Chubais, but he was in no hurry to conflict with Urinson, moreover, the conflict between his two comrades-in-arms was not to his liking. 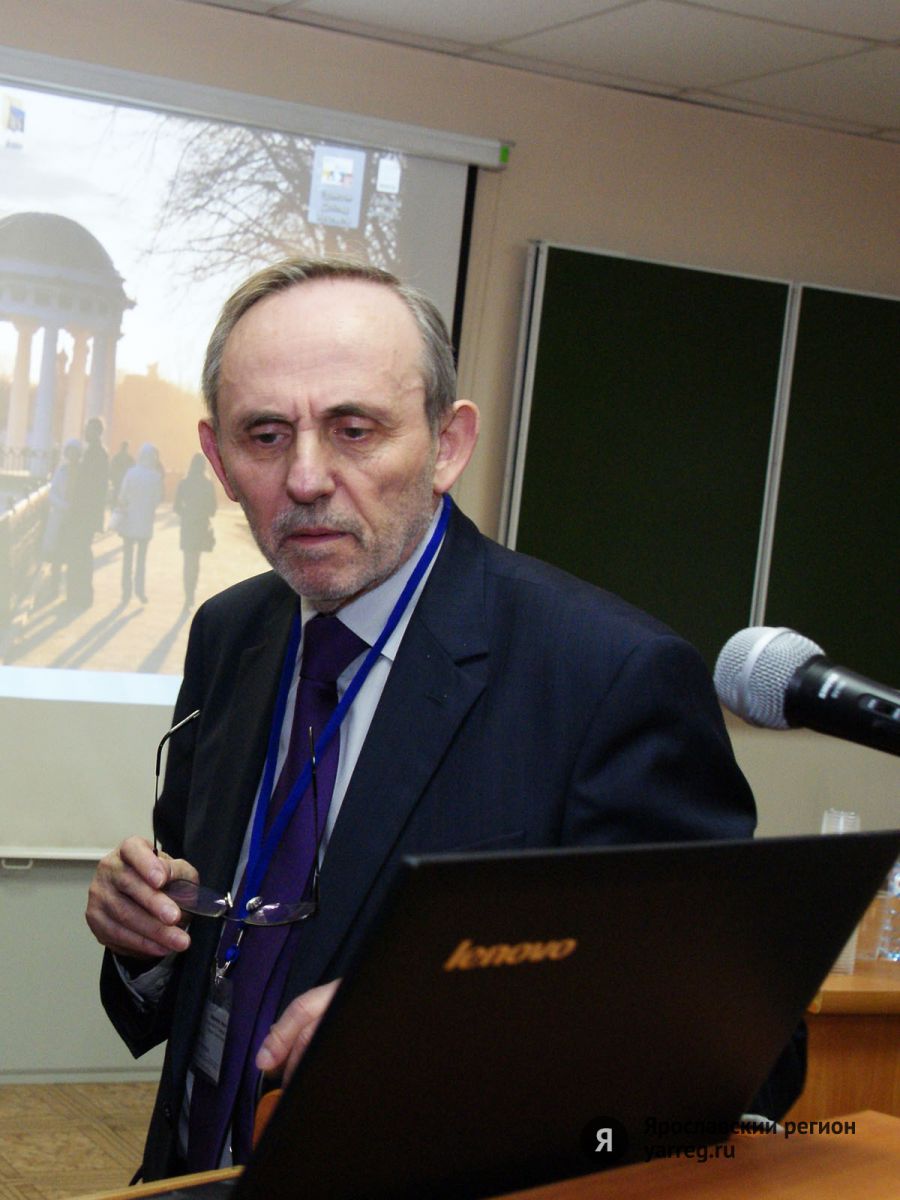 Kiselev, never openly conflicted with anyone, he arranged all conflicts with someone else's hands.

Realizing that the banking business will not benefit RUSNANO, Melamed changes his tactics: he tries to change Ponurov and strongly intrigues against Urinson. Kiselev became Melamed's tactical ally.

In 2009 - 2010 Zhurba, on behalf of Melamed, enters into negotiations with the Bank of Smolensk. Subject – about very simple: we introduce you to RUSNANO, pump you up with money, and you buy Alemar, and there we will be counted. The negotiations on behalf of the Smolensk Bank were led by Yakhontov, who was killed in October this year. Further, Rosnanotech concludes an agreement with the Bank of Smolensk, while the decision on the conclusion was made at the highest top!

Ponurov "leave" financial directors, which seems to be a victory for Melamed. But Gorkov, Urinson's man, becomes the new CFO.

Draw and conflict smolder. Moreover, the business of Smolensk Bank is not supported by Urinson, and none of the project companies have switched over to him for servicing.

Chubais shows displeasure - he tries to remove Gorkov, but Urinson firmly defends him.

In 2010, the conflict is resolved very simply - the supervision of finance from Urinson is transferred to Kiselev, and the management of the Investment Commission is also transferred from Melamed to Kiselev.

Melamed was kept under house arrest from 2015 to 2018, Ponurov was taken into custody (and subsequently also transferred to house arrest), another accused - Melamed's deputy Andrei Malyshev - left for the UK and was put on the wanted list.

The investigation believed that shortly after its foundation in 2008, Rusnano, under the leadership of Melamed, decided to attract an investment consultant to select the most promising projects for financing. As a consultant on the results of the tender, they hired the Alemar corporation, which, according to the TFR, was controlled by Melamed himself. The budget allocated 220 million rubles for Alemar's services, which, according to the investigation, were actually withdrawn in favor of Melamed.

In 2017, the investigation of the case was completed, but Deputy Prosecutor General Viktor Grin refused to approve the indictment, explaining this by “gross violations of the provisions of the criminal procedure legislation”. The head of the supervisory department, Yuri Chaika, canceled this decision on the same day, and the case was sent to court.

At one of the court sessions, the current chairman of the board of Rusnano, Anatoly Chubais, was interrogated, who stood up for Melamed. Chubais said that the decision to attract an investment consultant was made not by Melamed, but by himself when he replaced Melamed in his post. The terms of the tender were "completely transparent, legal and fair," and Alemar's victory was fair, said the head of Rusnano. Melamed was vice president of Alemar (while he did not have a stake in the company), and the management of Rusnano drew attention to a possible conflict of interest, but after discussion, the board members came to the conclusion that the deal was correct, Chubais said. According to him, the contract with Alemar did not lead to the waste of Rusnano's budget funds and, moreover, helped the state corporation save about 10 billion rubles. and earn a substantial amount thanks to the careful selection of projects for financing.

Soon after Chubais's speech at the end of 2017, the court decided to return the case to the prosecutor's office to eliminate violations, Melamed and Ponurov were released.

Imagine the situation in which lawyer Alexander Asnis finds himself - a friend of both Urinson, Kiselev and Melamed.

Having almost 200 million from Rusnano a year and unlimited administrative resources, flirting with the investigation, he managed to get all three and Anatoly Chubais himself out of the blow.

As a source told Rucriminal.info, the tactics are very simple:

1. At the first stage, the lawyers, with the help of Chubais, offer the defendants in the case to leave - on a business trip or for treatment or somewhere else, such as sit and rest.

Such a situation is promoted as the fact that Chubais does not give up his own people, protects, “we are one team, and so on.

2. In fact, it is a trap. In the eyes of the investigation, the person who left is definitely guilty.

So Zhurba and Malyshev left and did not return.

They left and in spite of everything returned - Gorkov and Ponurov

3. Protection closely guards all participants in the process, creating the illusion of protection. In fact, lawyers are only defending Chubais and the top three.

As a result, Melamed's terms in the criminal case have expired, while Malyshev and Zhurba's terms have not yet begun, since they are on the wanted list.

By the way, Asnis is still conducting this case under a contract with Rusnano.

They say that this was an important agreement between Kulikov * (the current head of RUSNANO) and Chubais, with the approval of Shuvalov.

Previously, Chubais actively helped the defendants in the case who had left Russia, and Kiselev dealt with this issue at Rusnano. But after Chubais left Rusnano, aid stopped, Anatoly Borisovich pretends that he owes nothing to anyone now

And Kiselev and Irina Rapoport (ex-head of Rusnano Capital) left for Italy - there are three villas, one is waiting for the Russian Gretta (as Chubais is jokingly called in his inner circle because of his current activities - he deals with climate change issues).