Alexander Yarchuk Born in the city of Essentuki, Stavropol Territory. 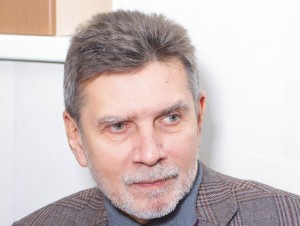 In June 1979 he graduated from the Novocherkassk Polytechnic Institute. Ordzhonikidze with a degree in Hydrogeology and Engineering Geology.

In the period from November 1, 2003 to October 8, 2015, he held the position of General Director of Graviton Firm LLC.

In 2015, a criminal case was initiated against “unidentified officials of Graviton Firm LLC. 19.09.2015 A.N. Yarchuk left the Russian Federation.

"Schematozit" in the Kuban from Vienna

Alexander Yarchuk is a former head and co-owner of two dozen companies, co-owner of a bank, and a participant in offshore and criminal cases in Russia. He left the country in 2015 due to suspicions of non-payment of taxes. Before fleeing to Austria, he, through financial fraud, withdrew more than 10 billion rubles from the country to the accounts of controlled companies.

Yarchuk appeared as a leader or co-founder in more than 20 companies. He himself became a defendant in criminal cases several times. Almost all the companies associated with him went through either administrative, arbitration and criminal cases, and sometimes all together. He carried out schemes for fictitious bankruptcies, tax evasion, the provision of fictitious services, bought hundreds of accident insurance cases to reimburse insurance payments for OSAGO. The whole spectrum of gray schemes was covered by corrupt law enforcement officers, they helped him evade responsibility and ruined his affairs.

The criminal case, from which the collapse of Yarchuk's schemes began, was initiated against unidentified officials of a certain Graviton Firm LLC. One of the companies where he appeared as a co-founder and leader. However, Yarchuk, realizing that his machinations would soon be exposed, resigned from the post of general director and fled to Austria. In January 2016, he was put on the international wanted list, in November of the same year he was detained in Vienna, but released on bail of 1 million euros. Russia sought his extradition, but in 2018 was refused by the Austrian side.

Yarchuk understood that he would not be able to avoid responsibility forever. One of his patrons began to lose weight, more and more people became aware of his real financial assets, which was also dangerous. By the time of his escape, several billion rubles had been withdrawn to his foreign accounts.

This money allowed him not only to maintain, but also to strengthen corruption ties and further profit from schemes in Russia.

So, pretending to be a patriot without reason persecuted and homesick, Alexander Yarchuk in 2019, after applying to the Commissioner for the Rights of Entrepreneurs Boris Titov, was included in the so-called “London list” - a list of entrepreneurs hiding from justice, but wishing to return to Russia with a guarantee not to be imprisoned under guard.

In the same year, the criminal case on tax evasion against Yarchuk was dropped, but not because of his innocence. He was forgiven for the crime after Firm Graviton LLC, saving its business reputation, fully compensated the damage caused by Yarchuk to the budget of the Russian Federation.

The tax authority assessed the enterprise about 1.92 billion rubles, including almost 500 million rubles in penalties and fines. Graviton Firm LLC had to borrow money and take loans from individuals in order to pay taxes and compensate for damage to the Tuapse refinery. That is, Yarchuk withdrew the money from Graviton to left-hand accounts, and the compensation fell entirely on the company and its founders.

Business Ombudsman Boris Titov then called interaction with the Prosecutor General's Office and the Russian Investigative Committee to dismiss the case against Yarchuk "an excellent example of the triumph of reason and pragmatism." “Yarchuk, having returned to Russia, will still be able to contribute to the development of the economy instead of sitting behind bars,” Titov said.

However, Yarchuk's patriotism turned out to be as false as his fake documents for the tax office. He was in no hurry to take advantage of the opportunity to return and work for the good of Russia. Having received a kind of indulgence for past sins, he developed new scams involving blackmail and extortion, associated with a threat to the lives of former colleagues. However, he managed to get rid of criminal prosecution for a short time, at the end of 2019 another of his crimes was revealed, a fraud case was opened against him.

It turned out that even before leaving Russia, Yarchuk managed to withdraw more than 2 million euros from the country. He transferred funds to controlled companies as part of the cooperation between Graviton Firm LLC and the Dutch Andre Funk Werksvertretung Battels. The companies signed a contract for the sale and purchase of equipment on an advance payment basis.

In total, the company transferred 6.69 million euros to pay for the goods, having overpaid about 2.5 million euros as an advance against future deliveries. This money was appropriated by Yarchuk. He ordered the transfer of 325 thousand euros in favor of MHM Verwaltungs-und Verpachtungs GmbH, and 1.725 million euros MHM Abbund Zentrum OELDE GmbH. The remaining amount of 152.3 thousand euros was provided by Andre Funk Werksvertretung Battels as a loan. After Yarchuk sent letters to companies with an order to return the money to his current account.

A criminal case on this fact against Yarchuk was opened under Part 4 of Art. 159 of the Criminal Code of the Russian Federation (Fraud). A forensic handwriting examination conducted in December 2019 showed that the signatures on the orders belonged to Yarchuk, so in February 2020 he moved from the status of a suspect to the category of defendants.

But having serious money and well-established bridges of corruption in January 2021, Yarchuk managed to close this case illegally.

With the help of connections in law enforcement and judicial structures, Yarchuk not only avoided criminal prosecution, but also tried to organize it against other people.

Being the beneficiary of Ollestar Limited (Virgin Islands), which owns 50% of Graviton Firm LLC, Yarchuk initiated a case against the new director of the company, Lev Kurbatsky, accusing him of abuse of power in a compensation agreement when he closed the company's debts after the situation with the escape of the former leader. Yarchuk's connections made it possible to bring the case to court in January 2020, but it fell apart there. It turned out that everything was sewn with white thread in haste, so the court in July 2021 returned the case to the prosecutor to eliminate the shortcomings.

Interestingly, the reason for initiating the case was the statement of the representative of Olesstar Limited, Ilya Novikov, who acted on the basis of a fictitious power of attorney. When checking the document, it turned out that the notary who allegedly certified it in October 2018 had not been operating for several months by that time. This is exactly the same Novikov, the lawyer of the gunner Nadezhda Savchenko, Petro Poroshenko, an active supporter of the Kiev regime and no less ardent critic of the Russian authorities.

Another interesting case got away with him.

One of the episodes connected with the attempt of another illegal cashing out and withdrawal of funds was the story of blackmailing the chairman of the board of OA Kubantorgbank, where Yarchuk retained a share of the property. Realizing that the purchase of a place on the London list of Boris Titov and the protection of the business ombudsman cannot last forever, Yarchuk offered the chairman of the bank's board to buy out his authorized share. But in violation of the procedure defined by law, instead of the due 150 million rubles. demanded to transfer a billion rubles to him, and to do this at the expense of depositors. Having received a categorical refusal, Yarchuk decided to back up the seriousness of his intentions with forceful threats. On September 21, 2019, a stun grenade was thrown into the courtyard of the household of the chairman of the board of the bank A.N. Plyushko. And the phones of the driver and his father received an SMS with the text that the next grenade would be combat.

According to the statement of A.N. Plyushko, a criminal case was initiated under Art. 119 of the Criminal Code of the Russian Federation. As a result of the actions of the Bank's Security Service and law enforcement officers, the buyers of SIM cards were identified, the number of the car involved in the attack, the circle of perpetrators was determined, but this case was also put on the brakes. An authoritative Krasnodar solver had a conversation with the investigator and operatives. The applicant was unequivocally given to understand that the "billionaire from Titov's list" had everything under control, and there were no judicial prospects for the case. In violation of procedural norms, the criminal case was illegally closed.

“National-traitors”, as President Vladimir Putin defined such businessmen, living on the money earned in Russia, but at the same time looking into the mouths of representatives of the collective West. Their time and the time of those who help them prosper and avoid responsibility for their crimes is over. Difficult and stressful times, as the head of state said, launched the process of “self-purification” of society from such individuals.