FSB legend against the "tangle of corruption" 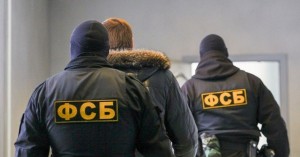 In the near future, the Investigative Committee of Russia intends to put on the international wanted list Alexey Nesnov, a former investigator for the SZAO of the Main Investigative Directorate of the ICR in Moscow, and his close friend and business partner, a fixer of the co-owner of the law firm "Comprehensive Legal Protection" Kirill Kachur. Also, a petition for arrest in absentia will be submitted to the court (both are hiding in the UAE), and then the relevant documents will go to Interpol. Nesnov and Kachur are charged under Part 6 of Article 290 of the Criminal Code of the Russian Federation (taking a bribe). So far they have only one episode. Enina A.A. paid $ 1.65 million for the non-prosecution of fixer Oleg Pokrovsky, he kept $ 150 thousand for himself, and transferred the remaining $ 1.5 million to Kachura and Nesnov, the latter was in charge of a case in which they threatened to put Yenin in prison. However, there can be a lot of these episodes if the Directorate of the FSB of the Russian Federation joins the investigation. The legendary head of this Department, Ivan Ivanovich Tkachev, also imprisoned Vitaly Kachur, father of Kirill, a mother-in-law, cashier and launderer of money stolen from the budget (including with the help of VAT fraud). I.I. Tkachev knows absolutely everything about the Kachurov family and their antics and, of course, this decent security officer will not be able to ignore the "tangle of corrupt officials" and swindlers who cause irreparable damage to the image of the power bloc of the Russian Federation. Moreover, Kirill Kachur pretended to be an employee of the Directorate of the FSB of the Russian Federation and even participated in this status, together with Nesnov, in operational and investigative measures against the “clients” from whom they tried to “cut down” money. An ardent fighter against corruption, Ivan Ivanovich Tkachev, like no one, knows how not only to build and plan events for such characters, but also to knock out the financial "basis" of their activities, as well as "chop off" the channels for the withdrawal of criminal funds abroad.

To understand how Kachur and Nesnov acted (this, of course, is only a small part of the "corruption tangle") Rucriminal.info will begin to talk about these characters in stages.

In December 2020, Kirill Vitalyevich Kachur, with the participation of his father Vitaly Ivanovich Kachur (who currently owns several restaurants in Moscow and lives in the UAE), decided to carry out another raider seizure, this time of the largest IT company Merlion. To do this, they have good accomplices.

Somewhere else in 2015, the general director of one of the companies included in the Merlion Group of Companies was V.A. Simonenko, who was promised a bonus for good work - $ 5 million. However, later it was revealed that Symonenko had stolen more than $ 15 million. The money was "laundered" and taken out of the Russian Federation. How did you steal? He entered into contracts with clients of the Merlion Group of Companies at inflated prices, and took the difference for himself. Offended Symonenko begins to look for a large force that would help him "knock out" this money from the founders of "Merlion". To whom he only did not go, but they sent everything.

In 2015, someone sets fire to Symonenko's house. Well, how it sets it on fire. Throws half-empty Molotov cocktails into the house and a fire starts, which, as a result, is quickly extinguished by Symonenko himself with tap water.

In 2019, Symonenko meets O.I. Pokrovsky, previously convicted of fraud, whose main business is resolving issues in criminal cases. Pokrovsky's partner in reshalov and a friend is K.V. Kachur. Kirill, having talked with his father and everyone connected with them, a "corruption tangle", decides not just to knock out money from Merlion for Symonenko, but under the cover of the latter to squeeze out the entire Merlion, whose average turnover is 500 billion rubles a year. A joint criminal scheme was developed for the raider seizure of Merlion through a legal company controlled by Kachur (using which Kachur, together with Pokrovsky, had previously "thrown" billionaire David Yakobashvili, promising to resolve the issue in law enforcement agencies). When Yakobashvili was undergoing treatment for a serious illness, his relative David Mirzoev fraudulently received large sums from his uncle, and also tried to appropriate a number of expensive real estate objects. This is now the subject of litigation and scandals.

In particular, two fixer friends Oleg Pokrovsky and Vitaly Kachur (both friends of Mikhail Mishustin's former son-in-law Alexander Udodov and love to flaunt the name of the prime minister) were thrown by Mirzoev to solve all sorts of problems with law enforcement agencies, as well as the son of the latter, Kirill. And the "pump" started to pump out money from Yakobashvili to solve both real and invented problems. Since the Kachurov family is primarily known as successful raiders, hundreds of millions of dollars worth of Yakobashvili's real estate were copied and stolen along the way. The latter, due to a serious illness, did not notice what was happening for a long time, and when he regained his sight he began to fight for the return of his assets. And then Kachury, Pokrovsky and Mirzoev decided to eliminate the "old man" by sending him to jail. For good financial support, they resolved the issue with the ATC of the Central Administrative District, which during prompted the corresponding case. Yakobashvili was under the threat of arrest. And the billionaire in parting was also decided to dissolve for money. Kirill Kachur and Pokrovsky proposed, out of old memory, to solve the problem with the Department of Internal Affairs of the Central Administrative District for $ 3 million. When receiving the first tranche, Pokrovsky was detained and sent to jail. Next, a case was initiated on the fact of fabricating a case against Yakobashvili. 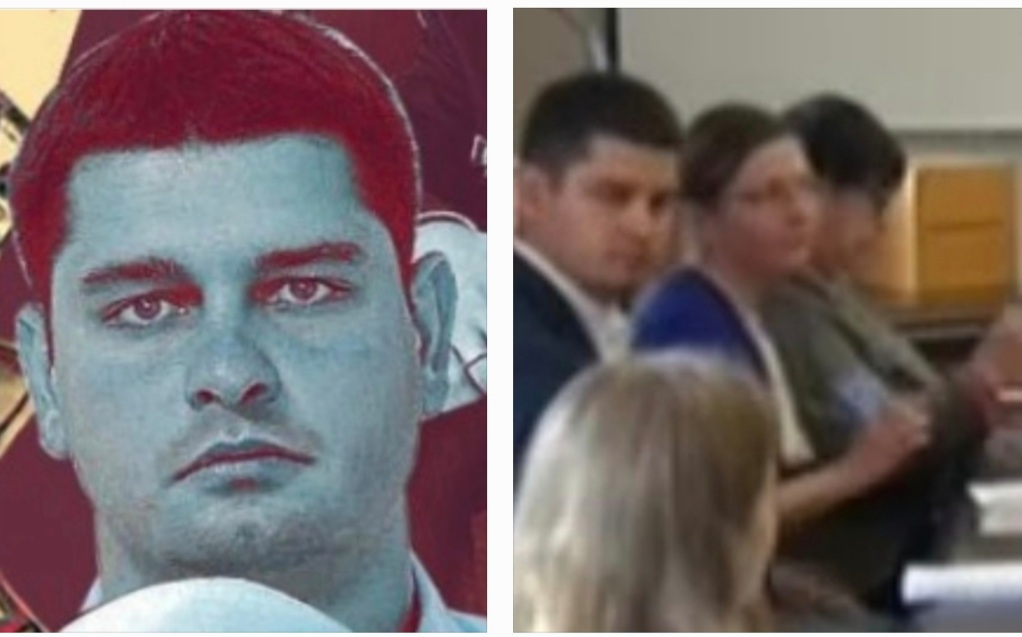 But back to the main story. In pursuance of this scheme, with the former founder of Merlion, Vyacheslav Symonenko, Kachur signed an agreement on the provision of legal assistance in connection with the alleged attempt on his life by the current founders of the Merlion. Under this agreement, Symonenko was transferred $ 1,000,000.

After that, with the help of the latter, Kachur and partners from the "corruption tangle" began to implement the plan, having decided to divide the company among themselves in equal shares.

The materials of the check on the "arson" of the house of Symonenko are transferred to Kachura's friend, the investigator of the SZAO SK Nesnov. Strange, huh? After all, the "arson" occurred in the region, and the circumstance is being investigated in Moscow, despite the fact that the regional colleagues of Nesnov passed the verdict: "There is no train." After a long "swing", in anticipation of the cache and bonuses, the investigator Nesnov initiates a case. Searches are in progress. The founders of the Merlion are delayed. The investigator psychologically pressure the founders with the request: “Give evidence and we will let you go home. At the same time, Kachur K.V., posing as an employee of the FSB of the Russian Federation, who in reality has nothing to do with the Investigative Committee or the FSB, is present at searches in the Merlion Group of Companies, and also personally interrogates the founders in the investigator's office. To the question to Nesnov: "How does this happen?" - the latter shrugged his shoulders.

Having created a public outcry (Kirill Kachur himself was personally involved in the placement of any articles, he also managed to throw mud at his telegram channels all the leadership of the power bloc, including the senior FSB, the leadership of the Security Council, the Prosecutor General's Office) and frightened business partners, showing the authorities who have the capabilities - Nesnov summons businessmen, whom he interrogates together with Kachur. During the interrogation, the latter are promised illegal prosecution. Next comes Pokrovsky, who promises to solve the problems that have arisen for money, which is what he received. Plus or minus for all, it turns out about $ 10 million. No one would have known how this case ended if the rout of this "tangle of corruption" had not begun. 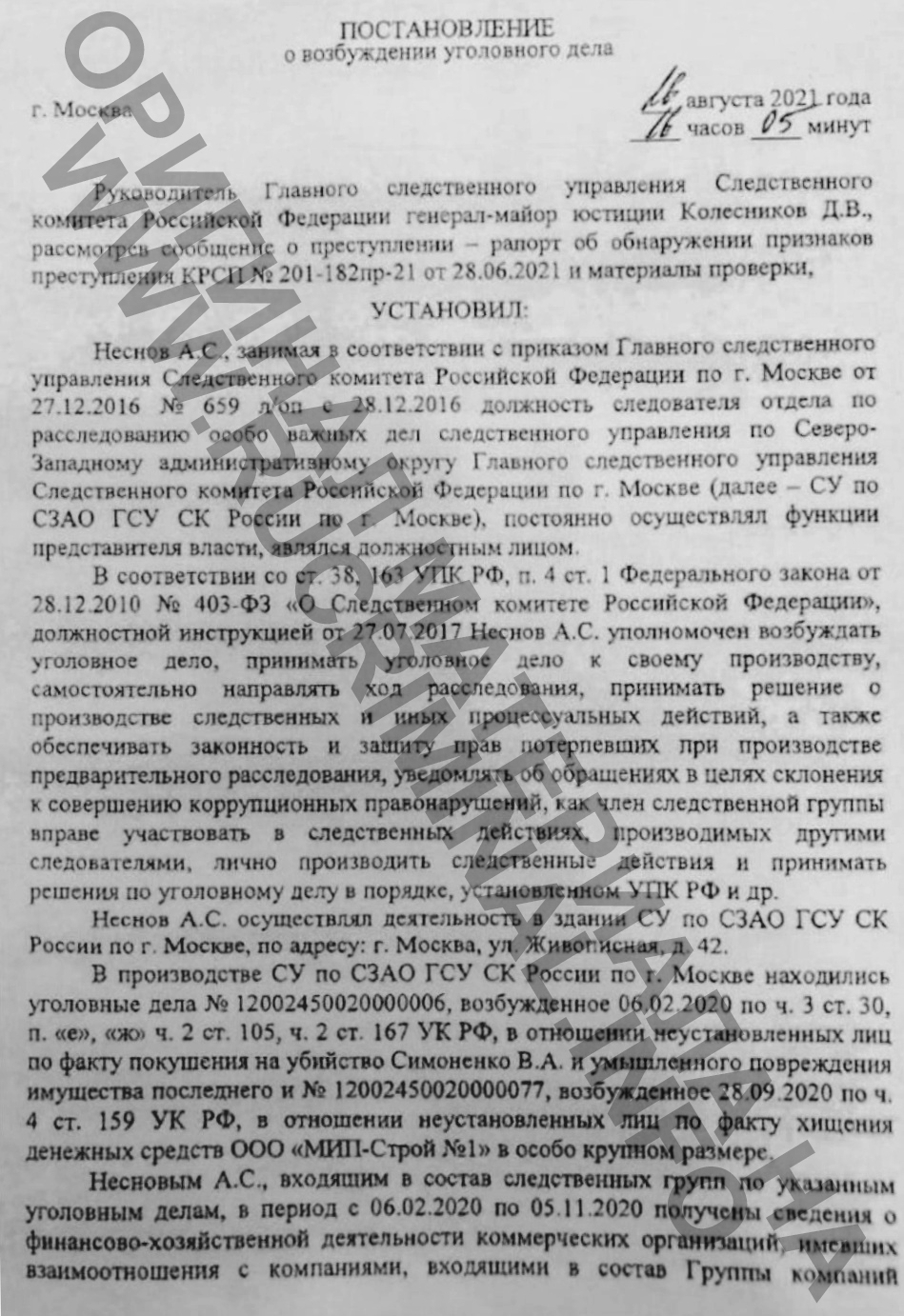 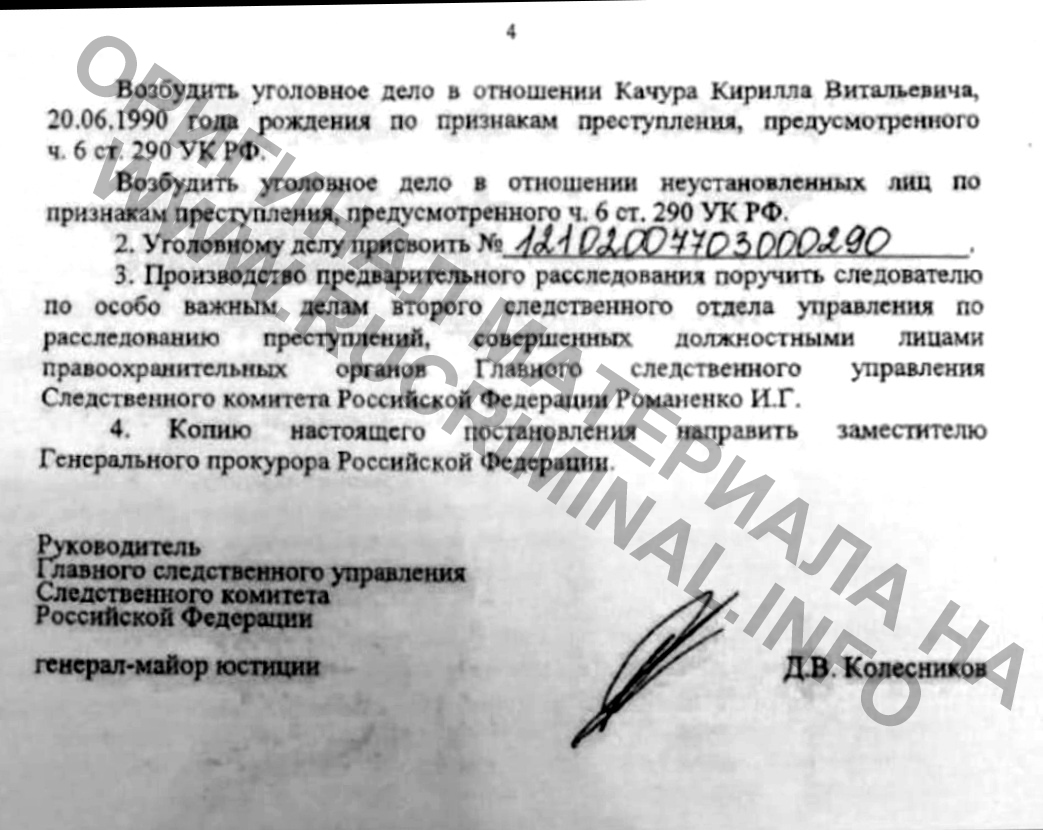