We publish the materials of the case. Who is the real "customer"? The Moscow City Court, on the basis of the guilty verdict of the jury, sentenced the natives of Abkhazia Murtazi Shadania and Dzhambul Dzhanashia, who were recognized as involved in the murder of thief in law Vyacheslav Ivankov (Yaponchik) in July 2009. The accused followed the thief in law, helped in delivering the Dragunov sniper rifle to the killer, from which he shot at Vyacheslav Ivankov. Shadania and Janashia received 15 and 16 years in a strict regime colony. As the VChK-OGPU telegram channel reported, in the case file the thief in law Ilya Simonia (Makho) was named the organizer of the murder, and the motive for this crime was the return of the status of “thief in law” to Simonia, promised by unidentified persons. Unidentified persons are not a secret for the operatives. According to sources, these are “thieves in law” Merab Dzhangveladze (Merab Sukhumsky) and Tariel Oniani (Taro), who in 2009 waged war with Yaponchik and his friend “thief in law” Aslan Usoyan (Ded Khasan). In 2009, Simonia did not have the financial ability to organize attacks on Yaponchik. But they were with Dzhangveladze. Immediately after the death of Ivankov, Merab began to gradually return Miho to the heights of the mafia and eventually held a gathering at which he was returned to the title of a thief. Merab Dzhangveladze settled in Italy long ago, but in Russia he has a loyal assistant and most confidant. This is Levan Dzhangveladze's brother. 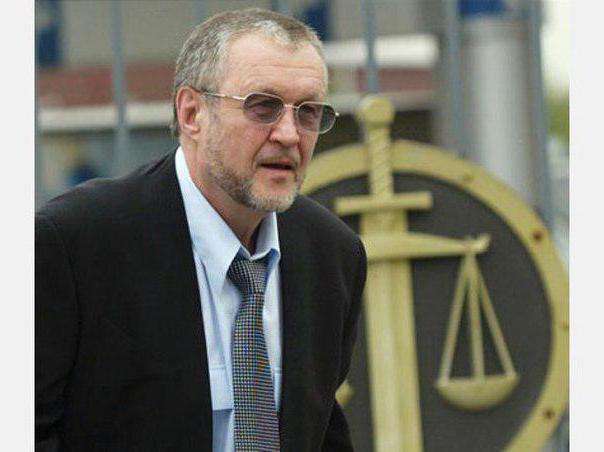 Rucriminal.info has at its disposal a verdict against another participant in the murder of Yaponchik - Kakha Gazzaev - and we are starting to publish excerpts from it. The crime was carefully planned and prepared by members of an organized criminal group. Ivankov's lifestyle, places of residence and frequent stay were pre-established. Covert surveillance was carried out for the victim, the method and place of the attack were chosen, appropriate weapons, vehicles, communication equipment were selected, the methods and routes of escape from the crime scene were determined in advance.

To commit the murder, the members of the organized group planned to purchase firearms and ammunition for them - an SVD sniper rifle and at least 10 cartridges for it. For communication between members of an organized group, both in the preparation and in the commission of the murder, its members purchased and used secret mobile phones with numbers ... ..

For the purpose of conspiracy, during the preparation and after the commission of the crime, the members of the organized group changed the subscriber numbers of their mobile phones.

In accordance with a jointly developed and agreed crime plan and assigned roles:

-Simonia, in addition to organizing the commission of a crime in the interests of unidentified persons for an unspecified remuneration, financed the activities of an organized group, had to take measures to search for weapons and ammunition for committing a crime and store it, take measures to search for persons ready to commit murder, to provide members of the organized group housing for temporary residence, to ensure the mobility of members of the organized group and the direct commission of a crime together with him (Gazzayev K.A.), to look for vehicles and communication means, together with other accomplices to carry out trips to the places of possible appearance of Ivankov in order to secretly observe the latter and determine the place of his murder, organize the transportation of weapons and ammunition to the place of the planned murder, and when a crime is committed, personally coordinate the actions of the members of the organized group at the crime scene, observe the surrounding environment vkoy, and, if necessary, assist them in a safe escape from the crime scene;

-Gazzaev was supposed to transport another person No. 1 at the time of preparation and commission of a crime and follow all the instructions of the latter aimed at achieving the final criminal result, together with Simonia, personally participate in the transportation of weapons and ammunition sought for murder, together with an accomplice the crime to travel to the places of possible appearance of Ivankov in order to covertly monitor the latter and determine the place of his murder, subsequently transmitting the necessary information to the members of the organized group, and when a murder is committed - to be in close proximity to the scene of the incident, to monitor the adjacent territory and report on what is happening at the scene of Simony. After committing the murder, he was supposed to assist the members of the organized group in a safe escape from the crime scene; ...

When an organized group commits a crime, each of its members, acting in accordance with the general criminal plan and the role assigned to it, coordinated their actions with other accomplices, realizing that they are performing part of a single criminal encroachment carried out in connection with their belonging to this group, and performing certain obligations arising from the goals of her activities - the commission of the murder of Ivankov

To implement a single criminal intent aimed at the murder of Gazzayev, in the period from April 04, 2009 to July 28, 2009, unidentified persons searched for a factory-made Dragunov sniper rifle (SVD) No. 96506 of 1990, which is a combat rifled firearm , suitable for firing shots, and at least 10 suitable for firing standard 7.62 mm rifle cartridges of the 1908 model of the year for it, and in an unidentified place handed them over to the members of the organized group and other unidentified persons who personally transported, carried and stored them, according to previously reached agreements in the home, as well as in other unidentified places.

Further, no later than April 13, 2009, Simonia and Gazzayev searched in an unidentified place for a copy of a passport stolen on May 18, 2008, with the details of a non-existent person entered into it, where by an unidentified method they placed a photo of their acquaintance, who was not aware of the criminal intentions of the accomplices, and 13 On April 2009, we acquired a Gazel car by proxy, which they planned to use in the murder of Ivankov, equipping a place in the far left corner of the body for firing shots using a sniper rifle. In the course of further preparations for the murder of Ivankov in the period up to July 28, 2009, other persons Simonia, Gazzayev, Shadania, Dzhanashia, Papava, Butba and unidentified persons, in order to establish the victim's lifestyle, places of residence and frequent stay, as well as to determine the places of the attack carried out covert surveillance of Ivankov, having found out from the results of these measures that Ivankov periodically visits the Thai Elephant restaurant.

Further, the accomplices, taking into account the specific tactical situation at the place of the planned murder, chose a section of the terrain near house No. 66 for shooting at Ivankov, where no later than July 28, 2009 they transported a Gazel car, from the back of which it was planned to shoot at Ivankov, as well as the above Dragunov sniper rifle (SVD) No. 96506 produced in 1990 and at least 10 standard 7.62 mm rifle cartridges suitable for shooting, model 1908.

For the implementation of a single criminal intent aimed at the murder of Ivankov, on July 28, 2009 at about 2.30 pm, other persons No. 2, 3, 4, 5, he and other unidentified accomplices arrived at house No. 66 with the aim of conducting covert surveillance of Ivankov and the possible commission of his subsequent murder, occupying places previously agreed by the accomplices to observe the place of the alleged murder. The actions of the accomplices at the scene were coordinated with the use of the above-mentioned mobile phones by the leader of the organized group - Simonia, who was at the scene and watched the secrecy of their actions through him using phones with subscriber numbers ....

At about 19.50 hours on July 28, 2009, Butba, being in the back of a Gazelle car parked near house No. 66, acting jointly and in coordination with other members of the organized group and realizing a criminal intent with other persons and other unidentified persons aimed at the murder of Ivankov, acting in accordance with a plan developed in advance by an organized group and the distribution of roles between its participants, realizing the social danger of their actions, anticipating the inevitability of the onset of socially dangerous consequences in the form of the violent death of the victim and wanting it to occur, through a cut-out prepared in advance with his folding knife rectangular in the left far wall of the awning of the body of the specified car, deliberately fired 1 shot from a Dragunov sniper rifle (SVD) No. 96506, produced in 1990, into the vital organs of Ivankov, leaving the building of the Thai Elephant restaurant.