Lev Granovsky Former Chairman of the Board, "Our House", a member of the MSU Board of Trustees. 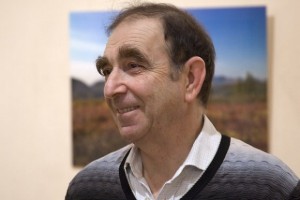 Read this text in Russian
Имя: Lev
Фамилия : Granovsky
Отчество : Borisovich
Должность : Former Chairman of the Board, "Our House", a member of the MSU Board of Trustees.

In 1974 he graduated from the Geological Faculty of Moscow State University.

For three years he worked in the Expedition of MGRI.

At the Department of Petrology since 1976, he worked as a senior engineer, chief of the party, chief engineer of the geological department of Moscow State University.

In 1985, he created the Laboratory of Local Methods for the Study of Substance and became its Head.

Since 1994, engaged in banking, being the founder and chairman of the board of the bank "Our Home", in April 2016 resigned at his own request.

He was a member of the Presidium of the united trade union of the Moscow State University, chairman of the OSH labor safety committee.

Lev Granovsky, chairman of the board of the bank "Our Home". Disappeared in Moscow. The statement about the loss to the law enforcement agencies was written by his wife, as she says, the banker did not contact the family from the fourteenth of March, while she does not see the reasons why her husband could have disappeared.

The data that the banker disappeared, were confirmed in the main office of the bank "Our Home". Employees of the organization said that the chairman of the board for about a week did not appear and did not go out with them to communicate.

The chairman of the board of the bank "Our Home" Lev Granovsky, who previously allegedly disappeared, is alive and spending his vacation in France, the press service of the bank said.

"Chairman of the Board of JSCB" Our Home "(JSC) Granovsky Lev Borisovich is on the next annual vacation, which he conducts in France while being on treatment. His wife took the previously filed statement about the search for a banker from the police. The bank confirms this information in an official announcement posted on March 22, 2016 on the bank's website, "the report said.

The chief accountant also reported that Lev Granovsky, who was considered to be the missing governor of the bank, resigned from April 1. Recall that in mid-March, some media reported the loss of the head of the credit institution: a statement to the police wrote the wife of the banker. According to the woman, Granovsky did not get in touch with the March 14, but later it turned out that the head of "Our Home" from March 12 to March 31 was on vacation on treatment. "Lev Borisovich was found, he is on treatment abroad," the interlocutor of the Banki.ru portal said. "He was fired on April 1 at his own request." According to some sources, Granovsky is still in France.

Nicholas Manaykin was appointed acting governor. The former head of the bank meanwhile, according to information on the website of the credit institution, is still a member of the Supervisory Board of Our Home.

According to some reports, Granovsky is now somewhere in Europe, and meanwhile in the Moscow courts began to receive petitions of natural persons to recover debts from him. According to various sources, the banker managed to owe 20 to 50 million dollars. It's amazing how a banker was able to collect so many debts that exceed the assets of the bank he is regulating. According to a source close to the JSCB Nash Dom, Lev Granovsky took money from private investors, issuing simple receipts to them. Analyzing this story, experts see in it both signs of fictitious bankruptcy, and fraud, and illegal banking activities, and hiding assets from creditors.

VIP depositors are used to the fact that property in Russia is often issued for trustees, so they were not surprised that according to the documents Granovsky only headed the bank, owning only about 8% of the shares. The remaining shares were issued for his two deputies and chief accountant.

Today, former colleagues got rid of these shares, now the bank is allegedly owned by persons who are not connected with Granovsky. Although a superficial analysis of the biographies of new figurants shows that these people are not strangers to this circle at all. This version is confirmed by the register, which traces the movement of shares among a limited number of individuals who have been distributing this asset for a long time. Therefore, the source notes, it is easy to nominally withdraw one figure from a public party, declare bankrupt, "shake off" and return to another mask in the "family".

But the most important question that worries about creditors is: where is the money. This is indeed the most interesting question, considering that the bank's own net worth is several times lower than the claims of creditors to the banker. According to experts, the main versions of the development of events can be two. According to the first, the bank could have been just a screen that allowed Granovsky to take funds without intending to let them in, that is, just kidnapping. According to the second version, the bank could receive this money from Granovsky in the form of repayment of loans that were not returned by borrowers.

However, the last version is divided into two "stones". The first is the incommensurability of the bank's assets and the requirements for Granovsky, as well as the fact that these facts are not reflected in the bank's accounts. The second stone - why did Granovsky contribute money (if he contributed) to all shareholders, if officially the owner of the bank is not?

Former employees of the bank in an attempt to explain what is happening diverge. Someone believes that Granovsky invested in "gold projects", others - that he invested money along with former official Danilov-Danilyan.

"Granovsky took money from private persons in his office at the bank, issuing simple receipts to them. According to testimony in the court of the victims, who wished to remain unnamed in the media before the announcement of the court decision, meeting with clients at their workplace, the former chairman of the board told them that he accepts money for the bank and is personally responsible for them, and therefore issues receipts instead of deposit contracts.

Experts suggested that the bank could be a screen with which the banker received money for personal use.

I have already written about a new kind of fraud of banks with a reception for the balance of customer deposits, which was previously traced in Mosoblbank, Master Bank and several other financial institutions. However, unlike the above-mentioned banks, "Our House" continues to work, the license has not been withdrawn from it, and it is possible that even the real owner of the bank has not changed. A rhetorical question where does Nabiullina and the Central Bank look? "

The former chairman of the board of the bank "Our House" Lev Granovsky was declared bankrupt. This decision was taken by the Moscow Arbitration Court.

The application for bankruptcy of Granovsky was filed by his creditor Denis Sklyarov, the amount of debt to which amounted to 25 million rubles, follows from the materials of the court cases.

The court introduced a procedure for the sale of the debtor's property for a period of six months in relation to Lev Granovsky. The report of the financial manager is scheduled for April 17. The "Our House" bank also applied for inclusion in the register of creditors.

In the materials of the Nikulinsky District Court, which ruled to collect 25 million rubles from Lev Granovsky in favor of Denis Sklyarov, there are five more claims to recover from the former head of the bank the amounts under the loan agreement from individuals and two claims from banks.