Pyramid for a classmate of the president 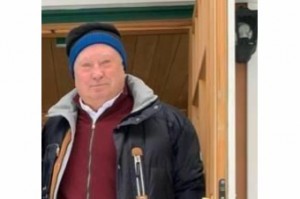 Next week, the Prosecutor General's Office will send a request to Montenegro to extradite the former head of Rosalkogolregulirovanie Igor Chuyan, who was detained in Tivat. If Chuyang refuses to voluntarily extradite, the issue of his extradition will be decided in court.

Chuyan was put on the wanted list in December 2018, in the framework of the case, which was started at the request of the partner of the law firm Egorov Puginsky Afanasyev and Partners, classmate of President Vladimir Putin Nikolai Yegorov, who owned 25% of the shares of OFK Bank. According to the investigation, the president of OFK Nikolai Gordeev, acting in the interests of the beneficiary of OFK-Bank Igor Chuyan, organized in 2013-2016 the issuance of unsecured loans for 14 billion rubles. LLC "Status-group", controlled by the same Chuyan, which subsequently declared itself bankrupt. Chuyan was also charged with similar charges, but in absentia. Nikolai Gordeev was sentenced to eight years in prison. From the testimony of Gordeev, which is at the disposal of Rucriminal.info, one can understand how events developed. Chuyan and Egorov pursued personal goals. Chuyanu OFK-Bank was needed to service its own alcoholic business. And Egorov will decide with the help of the bank to increase personal savings in foreign currency. As Gordeev admitted during interrogation, he personally had to build "pyramids" of "18 chains" in order to bypass the standards of the Central Bank of the Russian Federation, to increase Yegorov's "pension savings". The latter was extremely pleased with the growing personal deposit, until he learned that the OFK Bank, through the efforts of Chuyan and Gordeev, controlled by him, had turned into a “cash cow”. 2 million rubles a bank under the guise of loans irrevocably went under the projects of Arkady Rotenberg. And Chuyang, constantly expanding his alcoholic business, used 14 billion rubles of the bank's funds on his projects. At the same time, pumping funds from the OFK, they even put their hand into Yegorov's personal deposit.

Rotenberg is too tough for even Yegorov. Maxim for what he got an apology: "Sorry, I didn't know that it was your money." And even with Chuyan, Yegorov had to "wrestle", since Chuyan had very good connections, primarily through the FSB of the Russian Federation. However, in the end, the "classmate of the president" won.

Rucriminal.info publishes excerpts from the testimony that Nikolai Gordeev gave during the investigation and trial.

“In September 2011, the head of Rosalkogolregulirovanie IP Chuyan called him. and invited him to drive up to the dacha to N.D. Yegorov. to the area of ​​St. Petersburg. At that time, he and Egorov N.D. was not familiar.

He (Gordeev N.N.) drove up at the time and place indicated by him, where Chuyan I.P. introduced him to Egorov N.D. At the dacha at Egorov N.D. a conversation took place, during which Chuyan I.P. and Egorov N.D. offered him to head CJSC "AMI-BANK" and to restructure the problematic relationship with Kharebov S.А. and to develop the group of alcoholic companies "Zolotaya Manufaktura", which was renamed into LLC "Status-Group", as well as to structure the deal between Egorov N.D. and Chuyan I.P. Egorov N.D. with Kharebov S.A. there was a conflict. Problematic relations Egorova N.D. with Kharebov S.A. consisted in the fact that in connection with their commercial activities, they had joint assets, including CJSC AMI BANK and CJSC BARENTSBANK, which he needed to divide between them in accordance with legal norms. After that, he (NN Gordeev) had to merge the banks of CJSC "AMI-Bank" and "Barentsbank", and then put Chuyan I.P. into the possession of the united bank. with a share of 75% minus 1 share under the transaction with Egorov ND….

Immediately after the acquisition by Chuyan I.P. Bank shares in the amount of 75% minus 1 share the one with N.D. Yegorov, who, as a major shareholder of the bank, was, for obvious reasons, interested in the successful operation of the bank, agreed that he would develop the bank by conducting financial transactions of his alcohol business through this bank. Egorova N.D. it completely suited me. And Chuyan I.P. and Egorov N.D. At the initial stage of his work, he (Gordeev N.N.) was instructed to finance the alcohol business companies of I.P. Chuyan. for the development of the bank. He (N.N. Gordeev) carried out these orders. However, subsequently, taking into account the ongoing orders of Chuyan I.P. the concentration of risk on his alcohol business companies became so high that in fact the bank began to violate the norm of the N6 regulator, which required the introduction of additional factoring schemes through a group of factoring companies and directly by the bank to continue financing the alcohol business of I.P. Chuyan.

At the same time, receiving financing from the bank, Chuyan I.P. he did not keep his funds and the funds of his companies in the bank, that is, he did not develop it himself, did not ensure its stable and successful commercial activity. He (Gordeev N.N.) was forced to do this, because, in addition to fulfilling the instructions of Chuyan I.P. to finance his alcoholic business with a high concentration of risk on it, he (Gordeev N.N.) had to ensure the financial stability and stability of the bank, tried to develop it as required by Egorov N.D. In addition, he (Gor Deev N.N.) also acted in the interests of Egorov N.D. with his approval and with his knowledge.

For this, he built a repo pyramid, which ensured that Egorov N.D. profits from the funds placed by him in foreign currency into trust. For this purpose, on his (NN Gordeeva) instructions, Bid-Incom LLC was created, which was under the management of the bank's management represented by the head of the department of trade operations of OFK Bank PJSC, VO Prokopyshev.

The essence of this pyramid was that Egorov N.D. transferred funds to the trust management of Bid-Incom LLC. After that, LLC "Bid-Inkom" as an agent (qualified investor) instructed the bank to use these funds to purchase securities of the highest quality category (Lombard list). Thus, a repo pyramid was built, the chain of transactions for the acquisition, pledge and commission of loans from the regulator could be 18 links. The structure of the repo pyramid was aimed at bypassing the regulator's norm H10.1 (the norm of the risk per insider). Egorov N.D. As the Chairman of the Board of Directors of the bank, he was actually an insider, the work of the pyramid was aimed at actually circumventing the above standard by means of N.D. Yegorov. in the trust management he actually managed (N.N. Gordeev), he also made the responsibility for its implementation and financial results, including the receipt of profitability on them. To comply with legal purity, the power of attorney Egorov N.D. for the management of funds was issued to A.L. Ablogin, and not to him (N.N. Gordeeva). Thus, legally, he (Gordeev N.N.) did not violate the norm H10.1 of the regulator, but in fact, in the interests of Egorov N.D. this violation took place.

Alcohol business Chuyana I.P. in the period from 2011 to 2016 was presented as a conglomerate of companies operating from alcohol production to distribution.

The conglomerate had a legally horizontal structure, but in fact was under the control of parent companies, which were subdivided into two segments: production and sale of strong alcohol - represented by OOO Zolotaya Manufaktura (later transformed into OOO Status-Group,

MagnatAlkoGroup LLC, Geba LLC, Proton LLC, District Company LLC. The segment of spirits also included the distributor company FPK LLC, which, by the decision of I.P. Chuyan. was declared bankrupt in 2017, as well as a group of companies led by Forward LLC. Possession of Chuyan I.P. FPK LLC was also full, that is, it was its actual beneficial owner, and the ownership of the group of companies headed by Forward LLC was carried out on a partnership basis with the distribution of shares by 50%. Management of FPK LLC by I.P. Chuyan was entrusted to his confidant Konstantinova A.The. Operational management of all companies in the spirits segment Chuyan I.P. entrusted to his proxies.

Between 2011 and December 2014 they were managed by A.G. Satyukov, then from December 2014 to the summer of 2015 the management was I.P. Chuyan. handed over to V.S. Kurilov. represented by the organization UK LLC "Markorfinance", after which Chuyan AND.P. in the period from autumn 2015 to November 2016 entrusted the management of these companies to S.A. Popov. In November 2016, Chuyan I.P. agreed with P.Yu. Smetana, who represented the Kristall Lefortovo group of companies, to transfer to the management or sale of his alcoholic business - the Status-Group group of companies.

In 2017, Smetana P.Yu., having received the management of the group of companies Chuyana I.P. headed by Status-Group LLC, under the pretext of consolidating assets, transferred these assets to its Kristall-Lefortovo group of companies, as a result of which in 2018 Status Group LLC became bankrupt. "