“We will have to work out someone”

How the prosecutor "ordered" the investigator 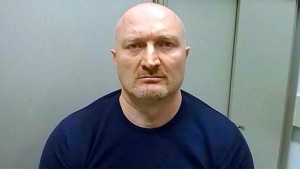 Mark Margiev became the head of the prosecutor's office of the Zereterechny district of Vladikavkaz. It would be an extremely ordinary event, if not for the previous prosecutor of this district, Olga Shvetsova held this post, but at the end of 2019 she was formally charged with contract murder. The prosecutor turned to the “authority” Aslan Gagiev (Dzhako) to kill the investigator of the Moscow Inter-District Investigation Department for Transport Alexander Leonov. The reason is the domestic conflict. Leonov was previously married to Shvetsova’s sister and they had a very difficult divorce. The investigator was killed in western Moscow on September 12, 2012. That evening he returned home with his common-law wife, Tatyana Adamova, judge of the Savelovsky District Court. As it became known to Rucriminal.info, Gagiev himself does not give evidence to Shvetsov. All charges are based on the testimony of one of the gang members who was with Jaco during the “order”. We publish his testimony. Readers have a unique opportunity to study in the eyewitness description how the prosecutor, through the leader of the gang of killers, “orders” an investigator of the Investigative Committee.

“In mid-August 2011, he does not remember the exact date; in the evening, while in Moscow, G.Z. Dzugutov called him. and asked me to drive to a cafe located in the Art-Hotel hotel, in the Khodynsky field of Moscow ....

At this time, Gagiev A.M. already sat at a separate table in the campaign of Sergey Tsallagov and a woman aged about 50 years. In the same place, in a cafe, he learned from GZ Dzugutov that this woman was Shvetsova Olga, the prosecutor of some of the regions of the Republic of North Ossetia-Alania. At that time, he already knew Tsallagov Sergey for about a year and a half, since he had seen him at least 20 times in a campaign with A. Gagiev. He knows that Sergey Tsallagov worked at that time as the director of Digbank and often came to Moscow. Gagiev A.M., Tsallagov S. and Shvetsova O. talked at a separate table for some time. Gagiev A.M., Tsallagov S. and Shvetsova O. sat at the table, second to the right of the entrance. He, Yurtov R.V. and Dzugutov G.Z. also ate and talked. As he understood, at the time of them with R. Yurtov arrival, Gagiev A.M. and the rest were in the cafe for at least an hour. A few minutes after their arrival Gagiev A.M. got up from the table and went towards the restroom. At the same time, he familiarly called him. He approached him near the reception desk. He said to him: “It will be necessary to work out someone, warn RV Yurtov.”

He told Gagiev A.M. that Yurtov R.V. with him together. At the same time, R. Yurtov himself approached them. Already in the presence of Yurtov R.V., Gagiev A.M. said: "we must prepare for work, I will give information on the face later." He and Yurtov R.V. They answered that they would prepare and "work out." Under preparation Gagiev A.M. meant to pick up a car, weapons, communications. After that, Gagiev A.M. sat down again at the table with S. Tsallagov and O. Shvetsova. After some time A. Gagiev called Dzugutova G.Z. and told him to make O. Shvetsova contact with him, that is, to find a new “clean” telephone and a SIM card for a front man, who should transfer O. Dzugutov GZ Shvetsova gave Shvetsova O. the “clean” phone with a SIM card he had with him. As far as he knows, G.Z. Dzugutov himself subsequently, Shvetsova O. did not call and did not contact in any other way. They sat in the cafe for about an hour and a half and then left. Before leaving, he and Dzugutov G.Z. approached the table of A. Gagiev, at which S. Tsallagov and O. Shvetsova sat. The latter, when they approached, greeted him and G. Dzugutov. separately. Shvetsova O. sat facing him. Then he told AM Gagiev that they were going to leave, and asked for his permission. Gagiev A.M. said they can ride, ”says the testimony with which Rucriminal.info acquaints readers.

A few days later, he was called by Gagiev A.M. to a secret telephone and said that he would be given an envelope with information on the person who was talked about in the cafe during the above conversation. Also Gagiev A.M. said that after receiving the envelope, this person can be immediately "worked out", that is, killed. Four to five days later, a sealed envelope was handed over to him, without any identifying notes. Who transmitted does not remember. The envelope contained a photograph of a person and an address that he no longer remembers in the area of ​​the stadium and the Dynamo metro station. The photograph was color, with a glossy finish, measuring approximately 9x12 cm. The photograph showed an image of a man. Subsequently, he learned from news on television that his last name was Leonov. Having received the envelope, he and Yurtov R.V. began surveillance, in order to find out the routes and time of movement of Leonov. He connected Gutiev U.Kh. to surveillance and Omarova A.S. At the suggestion of Yurtov R.V., he also brought E.I.

In the next two weeks, he, Yurtov R.V., Gutiev U.Kh., Omarov A.S. and Yashkin E.I. engaged in surveillance. They were alternately exposed near the address that was given to them in the envelope. For at least 14 days, they stood alternately near the indicated house, but Leonov never appeared. In the same period, about a week after the beginning of the surveillance, he got in touch with a secret telephone with A. Gagiev. and reported that Leonov did not appear on the address given to them. Gagiev A.S. replied that he would try to find out the reason. After about a week, Gagiev A.M. He called and informed him that there was no other address, but specified that Leonov had contacted some judge, whom he could reside with. In the process of conversation Gagiev A.M. said that the order to kill Leonov was made by O. Shvetsova, who was sitting with him and S. Tsallagov in the cafe at the Art Hotel hotel. According to Gagiev A.M. Leonov somehow hurt his sister Shvetsova O., who lived and worked in Moscow. After 2 weeks from the start of surveillance of the specified house, a white Peugeot car drove into the yard, under the control of Leonov. At that moment, he and Yurtov R.V. carried out surveillance of the house. Yurtov R.V. identified Leonov. They decided to continue monitoring the car. After about 20 minutes, Leonov got into the Peugeot car and drove away from home. He and Yurtov R.V. We followed the bike. Leonov arrived at one of the district courts in Moscow, in the area of ​​ul. Forest Moscow. There he parked and sat in the car. Then a woman got into his car, and the two of them went to the Krylatskoye district of Moscow, on ul. Krylatsky hills. Upon arrival, Leonov and this woman went into the apartment building on the street. Krylatsky hills. He and Yurtov R.V. remember this house. After which he reported this new address to Gutiev A.Kh., Omarov A.S. and Yashkina E.I. For several days, the guys monitored this new house and found that Leonov lives there and regularly arrives there in a Peugeot car.

After that, he and Yurtov R.V. decided to bring their kill plan to fruition. To this end, he instructed Gutiev U.Kh. Become at the entrance to the Krylatsky hills area from the Zvenigorod highway. Yurtov R.V. he himself determined the place where Yashkina E.I. In the tasks of Gutiev U.Kh. and Yashkina E.I. was to inform him and Yurtov R.V. through the radio station about Leonov’s passage on a Peugeot car past them, that is, they coordinated them. They used Vertex radio stations, as far as they remember. The scene of the murder, he and Yurt R.V. chose a parking spot in front of the house on the street. Krylatsky hills of Moscow.

In the middle of September 2011, he does not remember the exact date; in the evening, he and R.V. Yurtov on a motorcycle of foreign manufacture under his control, drove to the house on the street. Krylatsky hills. They stood at the entrance to the courtyard of Leonov’s house. Yurt R.V. he was carrying a pistol with a silencer, similar to the PM pistol, which he had taken at the Ramenki-1 SNT dacha near Moscow. After some time, Leonov arrived in a Peugeot car. He told Gutiev U.Kh. by radio and Yashkin E.I. that Leonov appeared, and they can leave their places. When Leonov drove into the yard and drove to the parking lot, Yurtov R.V. immediately went in that direction. From the place where he was standing on the motorcycle, a Peugeot brand Leonov’s car was not visible in the parking lot. After about a minute, Yurtov R.V. came back. He got on the motorcycle from behind and said: “everything, ready, let's go.” He realized that Leonov was killed, and they drove off. They went out of town, went to the Moscow Ring Road, arrived at the cottage in "Ramenka-1", where Bagaev R.A., Zasseyev I.I., Slonov G.G. and Kudziev T.M. There, Yurtov R.V. had to get rid of the gun. Upon arrival Yurtov R.V. he was told that he shot Leonov at the moment when he wanted to get something out of the Peugeot car. Also Yurtov R.V. said that there was a woman in the car with Leonov. From the dacha in Ramenki he and Yurtov R.V. drove away by car, leaving the motorcycle in the country. The next day, he arrived at the cottage in Ramenka, where A. Gagiev was He reported to him that his order was fulfilled and told the circumstances of the murder of Leonov. "