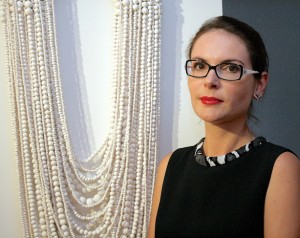 In 2012, the co-owner of the Polosukhinskaya coal mine and former partner of Andrei Melnichenko Alexander Schukin (No. 189 in the Forbes list, a fortune of $ 500 million) decided to open a family-office in London - a private independent organization that provides services to families in connection with the management of family property and other assets. The businessman instructed the husband of his only daughter Elena - Ildar Uzbekov, son of Fuad Uzbekov, who until 2002 had been a senior adviser at Gazprom Export, as well as a deputy director of KazRosGaz (a joint venture of Gazprom and KazMunayGaz) case materials in the High Court of London (available to Forbes).

10/06/2014 forbes.ru., "Deceive the billionaire: how the family of Alexander Shchukin opened a family-office".

So, in September 2013 Elena Schukina opened Mayfair in one of the most prestigious areas of London, where the highest prices in the British capital for real estate, art gallery. And in February 2014, the daughter of Alexander Shchukin presented a second gallery, which settled in the area Knightsbridge (one of the five most expensive areas in London).

However, one can not doubt that all this was done for the benefit of Russia. In an interview with Western media, Elena Shchukina said that their main goal with the gallery's husband is to get acquainted with the fine Russian art of the British. A worthy mission, taking into account the fact that Elena Aleksandrovna prefers to live in London, but she continues to legally remain a major shareholder in such enterprises of the Kemerovo region as CenterprodService OJSC and Polosukhinskaya Mine OJSC and, accordingly, receive income from the Russia for a beautiful life in Foggy Albion.

To a large family Shchukin could be accommodated in London with comfort, there was acquired a chic four-story mansion with six bedrooms and its own lake for 15 million pounds. The house has a swimming pool, and the house itself is filled with masterpieces of fine art, acquired at auctions for fabulous money. For the convenience of movement, the whole fleet of the most expensive cars was bought.

A vacation family Shchukin loves to spend in warmer and more expensive Monaco, where for a comfortable stay for 30 million euros was bought a luxury apartment area of ​​1,600 square meters. m (!) with a view to the sea and the casino. 02.02.2016 Comprompet.ru., "Beautiful life in London ended Interpol

Alexander Shchukin "otzhal" assets from the British, "lighted" their shadow capital in the English court and got into the development of the Ministry of Internal Affairs of the Russian Federation. "

And even the personal estate of Shchukin in the village of Kurtukovo near Novokuznetsk has already been put up for sale. Fortunately, it is still under judicial arrest, and even it would have been gone. That is, the family has already decided that the owner of the estate will not return to it; and why then do good disappear? At the same time, "sincerely loving" daddy children - daughter Elena and Ildar's son-in-law for the past year and a half have never visited his father in his imprisonment, although the court allowed Schukin to meet with close relatives.

Among their acquisitions we should note a four-story house in Highgate worth 15 million and a giant apartment in Monaco for 30 million euros overlooking the sea and the casino. In addition, Elena Schukina acquired two picture galleries in London, in the Mayfair and Knightsbridge districts. In her own words, she wanted to acquaint the English with Russian painting, but did not specify why the galleries were open at once two.

Art galleries are usually in the schemes of "business in Russian" traditionally are one of the means of money laundering. They resell canvases to each other and anonymous buyers at fictitious prices. It is unlikely that the daughter of the oligarch missed such an opportunity.

However, Elena Shchukina and Ildar Uzbekov did not have the fact that they could have laundered and invested all oligarch money withdrawn from Russia to Cyprus on their own. They would need a personal financial agent in the United Kingdom. Thanks to this man's testimony in the High Court of London, the possible volumes of withdrawal of Shchukin capital from Russia to the UK via Cyprus became clear.

04/04/2017 Ruspres., "The criminal money of the oligarch Shchukin is laundered by a representative of the Gazprom clan."

Operational management of Upminister Trading Limited was carried out by the only daughter Elena Shchukina and the son-in-law of Ildar Uzbekov who invited British businessman Adrian Barford to carry out the current work. Barford offered Shchukin's relatives his Fern Advisors Limited to manage family assets. The proposal was accepted. Fern Advisors Limited began to "transfer" money from the accounts of Upminister Trading Limited ... But soon Elena and Ildar suspected Adrian of stealing several million euros and appealed to the Royal Court, accusing the manager of misappropriation of funds that were planned to be invested in the UK.