Even the Rotenbergs feel bad without a roof for Zakharchenko 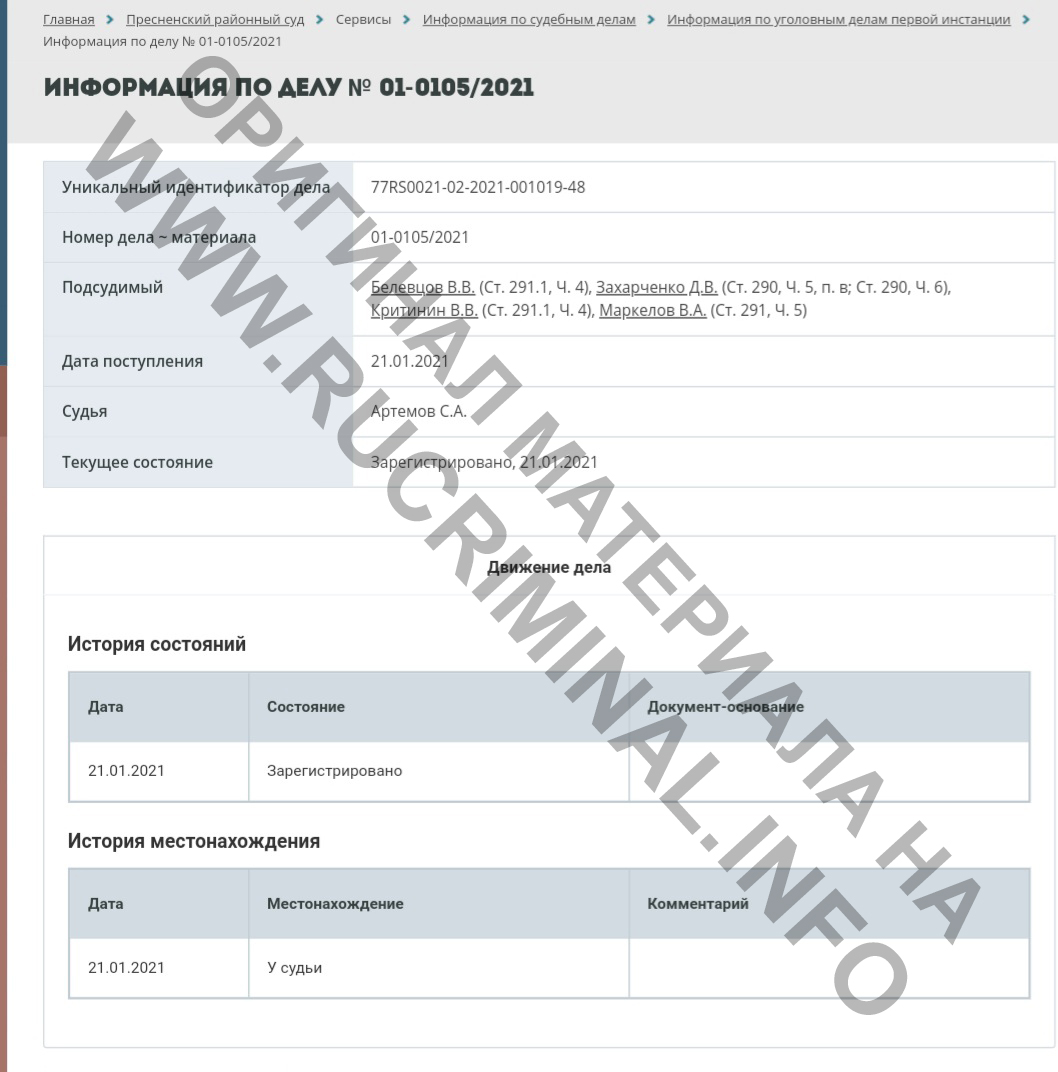 The Presnensky Court of Moscow received materials from the case of the largest bribe for ex-Interior Ministry colonel Dmitry Zakharchenko - almost 1.5 billion rubles. The bribe-givers are two co-owners of the 1520 group of companies (GK is the largest contractor of Russian Railways) Valery Markelov (in custody) and Boris Usherovich (wanted), as well as bankers associated with them - Ivan Stankevich and Dmitry Motorin (also wanted). After Markelov was imprisoned, control of 1520 passed to the Rotenberg clan. However, according to sources of Rucriminal.info, now the Rotenbergs are faced with an unexpected problem. Once one of the key structures of the 1520-company "Setstroyenergo" - the tax authorities counted arrears of 600 million rubles. Yes, and for Markelov, despite the promises he received, this may not be the last trial. 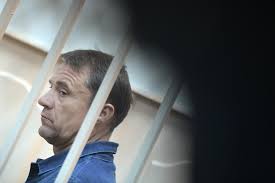 According to the Investigative Department of the Ministry of Internal Affairs of the Russian Federation, billions of the KUM team (the team previously owned 1520 and KUM LLC) laundered money stolen from Russian Railways through the mega-laundry Laundromat. According to the telegram channel VChK-OGPU, KUM is an abbreviation for Andrei Krapivin (then his son Alexei replaced him), Boris Usherovich, Valery Markelov. These are the former co-owners of GK 1520, who received gigantic funds from Russian Railways under contracts. These funds were laundered. And it was Dmitry Zakharchenko and his higher-ranking accomplices who “covered” the channel for theft and money laundering. Among those who failed, he solved all problems with the tax authorities.

In the meantime, the Presnensky Court will consider materials about how Zakharchenko in 2007-2016. systematically received bribes from an organized group of Markelov, Boris Usherovich, Ivan Stankevich and Dmitry Motorin. Zakharchenko provided them with general patronage in order to exclude the possibility of law enforcement and regulatory authorities detecting the criminal activities of an organized group. To assist in the commission of crimes, Zakharchenko brought in his acquaintances - the lawyer Belevtsov and Kritinin. In total, during this period, Zakharchenko received 1.4 billion rubles in bribes.

Usherovich, Stankevich and Motorin fled from the investigation, in connection with which they were put on the wanted list. He chose a preventive measure in the form of detention in absentia. As for Alexei Krapivin, it all ended with a slight fright for him.

After Markelov and Usherovich had a conflict with the Rotenbergs and a criminal case about a bribe to Zakharchenko was born, Krapivin “went to the bottom” in Russia, since he was also a defendant in the investigation. However, he quickly chose the right side - the Rothenbergs. Therefore, Alexei escaped arrest and became the top manager of the Rotenbergs in 1520, and at the same time the nominal holder of the GC (the real owners are the Rotenbergs). One of the main KUM companies, Setstroyenergo, was inherited by the clan. Since it was too clearly involved in murky schemes, Rotenbegi and Krapivin decided to liquidate Setstroenergo. And at first everything went well, but here, according to a source of Rucriminal.info, the tax office appointed an on-site audit and "slowed down" the liquidation. Tax authorities have counted about 600 million in arrears and in the 1st quarter of 2021 a corresponding act should be issued. And in terms of affiliation, the tax authorities want to hang this debt on the 1520 GC, where the founders are Alexey Krapivin and Boris Usherovich, and the Rotenbergs are the real owners (Igor Rotenberg is responsible for the direction of the 1520 GC in the clan). Will the tax authorities succeed in doing their plans and what Igor Rotenberg will do in this situation - now the most interesting question

"Setstroyenergo" was involved in major projects of Russian Railways - the construction of a contact network and other engineering networks throughout the Russian Federation, the company carried out especially large volumes during the construction of the MCC, MCD, tracks bypassing Ukraine. All affairs in "Setstroyenergo" were run by the top manager of the KUM team Yuri Serafimovich Mikheev, a member of the board of directors of Transelectromontazh. After Igor Rotenberg and Krapivin decided to "merge" Setstroyenergo, the company "Foratek" from Yekaterinburg was bought to replace it. According to a Rucriminal.info source, the company was previously controlled by the former governor of the Sverdlovsk region, ex-first deputy general director of Russian Railways, Alexander Misharin. But after the accident, his health is no longer the same and he is going to retire. A small share in "Foratek" was owned by its former head Sergei Klevakin. He moved to OSK 1520 to Igor Rotenberg and offered to buy Foratek instead of Setstroyenergo. The talents of Mikheev Yuri Serafimovich also did not go unnoticed - he is a deputy to Klevakin. Mikheev and Klevakin are workhorses. The work also needs to be done by someone. At the moment, the main companies controlled by Igorb Rotenberg and which master the funds of Russian Railways are OSK 1520 LLC, GK 1520 LLC, Foratek ETS LLC, FGC Mostotryad-47 LLC, Mostootryad-49 LLC. These are structures engaged in construction work. They also fully control Roszheldorproject.