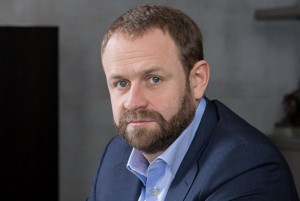 Education: Higher vocational education In 1999 he graduated from the Odessa State Economic University with a degree in finance. Qualification "Economist". Candidate of Economic Sciences. Speaks English.

Work: In 2001, he founded a trading company for the sale and export of oil and oil products.

In 2007, he acquired a controlling interest in OAO Mangazeya Oil Company, which belongs to the Russian Federation, and headed the company.

At present, Mangazeya has licenses to develop three oil and gas condensate fields in the Yamal-Nenets Autonomous District.

The oil company Mangazeya, owned by Yanchukov, is one of Gazprom's subsidiaries, part of its shares, according to Russian media, is in the offshore zone. For Moscow, Yanchukov is a well-known personality. "He always had and has bad relations with the authorities and security forces, so it can be said that Kristina left one current oppositionist for another, but after the 2009 incident, when he was detained for not paying employees' salaries, he began to work cleanly. Now he does not develop oil business, his current occupation is supermarkets in Moscow, "the Moscow journalist Anton Gordeev told us.

Although earlier, according to our data, the wedding was being prepared to celebrate in the elite Moscow restaurant "The Garden", which is partly owned by the showmen Ivan Urgant and Alexander Tsekalo. We were told about it in the restaurant. "In September, we have a daughter of a Kiev official preparing a celebration," they told us earlier. The festival in this institution costs from $ 50 to $ 80 thousand, and a dress for Christina, as her friend told us, wanted to order in France from a famous designer.

FOR WHOM. Chosen by Christina - 35-year-old Moscow businessman Sergei Yanchukov. We will remind, with the former husband, the deputy of Kyivrada Vyacheslav Suprunenko who is now in interdepartmental search, she divorced last year. The new husband of the mayor's daughter was born in Odessa, he met Christina during her work in Pravex-Bank. Now Yanchukov is engaged in Moscow supermarkets, and before that he headed one of Gazprom's subsidiaries.

... Yanchukov - friend of Christina's brother Stepan. One of the close friends of the family told us that Sergei was in love with Christina from the first day of his acquaintance. "But she was married, and he is married, they both had a happy marriage, but you can not order your heart." When she got divorced, he broke the marriage with her wife in one day and made a proposal to Kristina, "a close friend of the family told us. Christina did not change her surname - this is the tradition of their family.

... The first wife of Christina's new husband - Elena Yanchukova - a former Kiev woman. With her, Sergei divorced for Christina's sake. They say that Lena and Sergei Yanchukovs were in the Chernovetsky family, they often visited them with their children.

Elena Yanchukova now also lives in Moscow, she is 36 years old. She is the owner of an elite yoga club, which is located in the center of the Russian capital. Judging by the personal page in one of the social networks, Elena often with friends is in China, India. From the marriage with Sergei Yanchukov she has two schoolchildren - Vanya and Nina.

The young live in Moscow, but the children of Christina went to the American school, where all the teaching is in English. In addition to English, the grandchildren of the mayor, Alina and Lenya, learn French, Russian and Ukrainian.

The arrest of Sergey Yanchukov, the director general of Mangazeya Oil Company, taken into custody on November 18 by the decision of the court of the Krasnoselkupsky district of the Yamalo-Nenets Autonomous District and sent to the temporary detention facility of the Krasnoselkup ATC, caused a serious scandal in the business environment not only of Yamalo-Nenets Autonomous District, Russia. Perhaps this is the first time that a large businessman was arrested for a delay in wages, under Article 145 of the Criminal Code. Be planted at such a rate, in the IVS and SIZO would sit every second Russian businessman.

Investment "daughter" of VTB - VTB Capital plc - entered into a settlement agreement with the gold mining company Mangazeya Mining Ltd, controlled by former top manager of Gazprom, Sergei Yanchukov. In accordance with the agreements, VTB Capital plc lost the rights to Mangazeya Mining, which arose under a loan agreement for $ 150 million, to Unique Goals International Ltd, whose beneficiary is Yanchukov himself. This is the result of negotiations on the restructuring of the VTB debt of the gold mining company, which lasted more than six months.

The decision to grant a $ 150 million loan to the gold mining company VTB took in December 2011. In February 2012, a five-year credit line was opened at the rate of three-month LIBOR plus 8-14% per annum, depending on the annual level of gold mining. Under the loan agreement, the gold mining company also undertook to sell all of VTB's mined metals in strictly specified quantities.

But a year later, the borrower violated the "golden" agreement with VTB, not having fulfilled in full the obligation to sell the extracted gold. So, in March this year, which follows from the reporting of the gold mining company, it lowered its productivity from 130 thousand ounces of gold per year to 50 thousand ounces, in April - to 42 thousand ounces. As a result, the loan granted by Mangazeya Mining was qualified as a short-term liability. And VTB could apply for levy on the gold bearing areas of the company, mortgaged on the loan.

The assets of the former owner of the Cherkizovsky market Telman Ismailov, including the Mardan Palace Hotel in Turkey and real estate in Moscow, are frozen in Cyprus at the request of the Mangazeya group Sergei Yanchukov, who owns assets in the gold, oil and development sectors. Mr. Ismailov allegedly borrowed $ 100 million from Mangazey for development projects in the capital under a personal guarantee and did not return the debt, the payment date for which came last fall. But the cost of Mardan Palace alone is much more controversial, and lawyers are confident that businessmen will settle the problem out of court.

To sue the Russian state is expensive and often unpromising. YUKOS shareholders have already won $ 50 billion from Russia, but received nothing. However, former oligarchs Pugachev and Borodin, the Ukrainian oligarch Kolomoisky, a number of other citizens and companies want to sue their country.

... To protect Maxim Finski from a criminal case in Russia Amsterdam & Partners LLP prepares claims to Western courts for a "high-ranking Russian official" and does not exclude the possibility of filing a lawsuit against Russia. To date, claims have already been filed in Canada and the British Virgin Islands for $ 185 million, but not against Russia, but against former partner Maxim Finsky on White Tiger Gold Ltd, Sergei Yanchukov. In 2013, Yanchukov bought out a share of Finnish, but could not pull the company out of financial problems and filed a complaint against Finnish law enforcement agencies about the outstanding loans that were drawn up by the previous management team.

The owner of the Mangazeya group, Sergei Yanchukov, yesterday filed a lawsuit in the Southern District of the State of New York on "recovering damages caused by fraudulent actions" against former gold partner Mangazeya Mining (formerly White Tiger Gold, WTG), a former top manager of the " Norilsk Nickel "and" Intergeo "Maxim Finsky. As Sergey Yanchukov told Kommersant, in 2010 he bought a stake in the Canadian Century Mining, where Mr. Finsky owned about 40%. In the spring of 2011, there was an announcement of the merger of Century and WTG, also controlled by Mr. Finsky, which was completed in October 2011.

Mr. Yanchukov explains the filing of the claim in the American court by the fact that it was in New York in October 2011 that Mr. Finsky persuaded him and other investors that the reserves of the Savtino deposit owned by WTG have at least 400 thousand ounces of gold. In November of the same year, a report was issued by the Russian "TOMS Engineering", which spoke about 438 thousand ounces of reserves. Later representatives of "Mangazeya" found out that according to the report of Micon from November 2010 it was only about 113 thousand ounces.

Sergei Yanchukov, the owner of the Mangazeya group, which includes the same developer, oil and gold mining companies. The son-in-law of the former mayor of Kiev Leonid Chernovetsky. With Yanchukov, Ismailov tried to open a clothing market in Ukraine, as well as invest in Moscow business centers, friends say Ismailova. In their opinion, at some stage of cooperation, the partners had a serious conflict, after which Yanchukov began to buy up Ismailov's debts. Now Yanchukov is one of the largest creditors of Ismailov with claims for more than $ 100 million.

NC Mangazeya (part of the Mangazeya group of companies Sergey Yanchukov) is looking for an investor to develop the Tarelsky gas condensate field in the Yamal-Nenets Autonomous District, the group's head, Mr. Yanchukov, told reporters. According to him, negotiations are being conducted with several companies, among them - one "large energy western company" that wants to "participate in the asset and receive a guaranteed volume of gas." Sergei Yanchukov said that it was about selling the stake below the control.

In the mid-1990s, the main decoration of the Odessa Privoz was a two-storey pavilion "Vegetables and Fruits" built from plywood. Nearby worked as an exchange office, next to which the money changers robbed trusting customers. The exchanger belonged to two Odessa Jews, Misha and Bora (the story did not preserve their surnames). To them in partners and attached his 18-year-old son Sergey the first deputy head of the Odessa branch of the National Bank of Ukraine Valentin Yanchukov. There, Sergei first began to earn well - a few hundred dollars a month.

... A financier, trader, owner of raw assets, Yanchukov earned first tens of millions of dollars, and then, after his marriage in 2011 to the daughter of the Kiev mayor Leonid Chernovetsky, his income went to hundreds of millions.

... At the Privoz Sergey Yanchukov stayed only for a year. In 1995, along with his fellow students in the Odessa Polytechnic Institute, he organized a small wholesale trade in water and food. But the father considered that it was time for his son to go to the securities market, and Sergei was the department head in the newly established branch of Aval Bank, which serviced the cash flows of the pension fund, Ukrposhta, the treasury and other government agencies. According to Yanchukov, he especially succeeded in working with state papers and bills of the National Dispatch Center of Energy in Ukraine. They could be bought at a discount of 40-60% and at face value to extinguish their debts for electricity in Odesaoblenergo.

In addition to promissory notes and bonds, he began to deal with privatization compensation certificates (an analogue of Russian vouchers). Buying them from the population and converting them into shares in Odessa thermal power plants, Yanchukov earned the first $ 100,000.